This week, New Mexico in Focus covers the Sandia National Laboratories’ mixed waste landfill in Albuquerque where radioactive and other chemical wastes were dumped into unlined pits and trenches from 1959 to 1988. Advocates will offer news about the latest developments regarding the site, and whether it presents a serious threat to the city’s groundwater.

Also scheduled is a look at the Albuquerque Police Officer Dear who fatally shot a 19-year-old woman suspected of grand theft auto. Dear is appealing his firing and awaits the results of an Internal Affairs Investigation and the issue of payday lending in New Mexico. Despite several successful lawsuits against lenders, and a push for reforms, companies can still charge high interest rates, according to advocates. There will be a push in the next legislative session to put a usury cap of 36 percent in place, but it’s unclear if that effort will succeed, despite popular support for more regulation.

Finally, the panel discusses a new naming rights deal for the Pit between UNM and local pizza chain WisePies, as well as the latest on the Waste Isolation Pilot Plant (WIPP) and pending federal rules on smog. 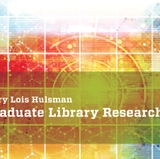