This week on New Mexico in Focus, Libertarian congressional candidate Chris Manning speaks with producer Matt Grubs. The Libertarian Party selected the military veteran as their candidate in the June 1 special election to replace Deb Haaland.

The Line opinion panel looks at the implications of the New Mexico Republican Party’s decision to hold its spring convention in Texas. Party leaders say limitations on gatherings in New Mexico forced them to cross the border. The group also talks about the return of the job search requirement for those receiving unemployment support, as well as the potential for an avalanche of evictions as a federal moratorium has been successfully challenged in court.

On this month’s episode of “Our Land,” we look back to a 2019 episode about blue-green algae. Blooms of that toxic cyanobacteria are harmful to people and pets. Unfortunately, they’re becoming more of a reality in New Mexico’s lakes and reservoirs, even in northern New Mexico. As the climate continues to warm, it’s more important than ever for water managers and others to work together on the issue. 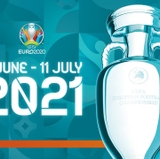 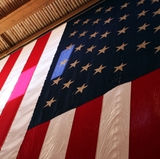