Modern science has created a dilemma for humankind. Now that we know billions upon billions of microorganisms live in the world around us and even within our own bodies, it’s easy to understand why some people proudly proclaim, “I’m a germaphobe!” How does a healthy person stay healthy knowing there are microscopic threats to their health?

The fact remains that we live in a bacteria-filled world, and most of us escape major illnesses attributed to these little guys even though we may come in contact with them every day. Interestingly, microorganisms affect the way that the University of New Mexico’s Physical Plant Department (PPD) operates on a daily basis, with the goal of keeping UNM a beautiful, safe and inviting place to educate students.

Just under two years ago, PPD decided it was time to integrate a HACCP (Hazard Analysis of Critical Control Points) based water safety program, which includes testing, remediation, monitoring, and maintenance, of drinking fountains, water features, bathroom sinks, and cooling towers, to name a few. The reason behind this decision came from industry knowledge about potential harm to individuals who are exposed to waterborne and moisture-associated pathogens particular to large building water systems.

“Reducing the risk to our campus community is worth the expense of developing this water safety program at UNM,” said Dr. Gary Smith, associate director of PPD Environmental Services. 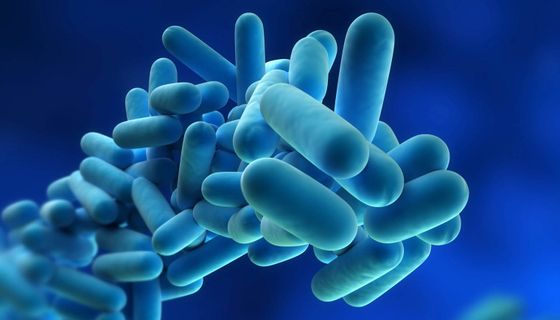 Legionnaires’ Disease is a potentially fatal form of pneumonia. It is caused by the bacterium Legionella pneumophila and related bacteria.

Water is precious.  It is a life-sustaining compound, but can be toxic if too much is consumed too quickly by a person (water intoxication).  Its powerful make-up can corrode pipes and carry with it deadly bacteria and other disease causing pathogens, especially on a campus the size of UNM, which is considered a “large water system” by the New Mexico Environment Department.  UNM pumps from its wells just under a million gallons of water on average per day, and is susceptible to housing a variety of bacteria within it, which have the potential to harm its users.

A common bacteria found in man-made large water systems across the globe is the Legionella bacteria, alongside the parasite, Giardia, which is fairly prevalent in New Mexico.  There are many other organisms that can be found in water including Pseudomonas, Acinetobacter, Aspergillus, and protozoans and this is why drinking water is treated with different chemicals to eradicate these microorganisms for safety reasons.

"UNM takes the stand that it’s important to apply principals that are documented to prevent public illness from water systems. We want people to feel safe while visiting our campus, and it’s important to lead the way and show we take our responsibility as facility maintenance managers seriously." – Dr. Gary Smith

Routine maintenance, testing and remediation are vital steps that must be taken in order to protect UNM’s water systems. PPD has a preventative maintenance program which includes daily, weekly  or monthly flushing of various water sources. Crews also test for bacteria in the water every quarter. If bacteria are found in the water system, remediation techniques are enacted.

Smith said that PPD takes great steps to ensure the safety of the campus community. “For example, if we conduct our routine quarterly test and find Legionella, or other harmful bacteria, in a drinking fountain, then the fountain would be removed while we flush and disinfect the pipe and unit.”

Smith also said that in this hypothetical situation, the water fountain would not be replaced until they were sure that no such bacteria existed in the pipes or unit after remediation and re-testing. 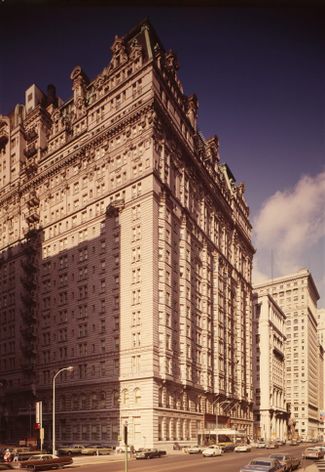 Site of the 1976 outbreak in Philadelphia, Pennsylvania, the Bellevue-Stratford Hotel.

Ever since the first known outbreak of Legionnaire’s Disease (legionellosis) in Philadelphia in 1976, extensive research has been conducted to figure out how to prevent such an outbreak again. It was found that the most frequent identified sources for exposure to Legionella include cooling tower water vapor, and stagnant water in pipes connected to showers, faucets, water fountains, misting systems, and decorative water features.

The legionella bacteria can form in the biofilm along the pipe’s interior and is released in the water vapor when the system is operational. This can transmit the bacteria to humans if breathed or aspirated into the lungs. Other factors that impact the growth of this bacterium are water temperatures, scale and sediment build-up on the inside of pipes, reduced competition of other microorganisms and stagnant water.

According to the Center for Disease Control (CDC), about 8,000 to 18,000 Americans are hospitalized annually due to Legionnaire’s Disease. It has been reported that approximately 4,000 Americans die every year because of this disease, a bacterial pneumonia.

Dr. Eleana Zamora, assistant professor in the UNM School Medicine, and vice chief of staff at the Sandoval Regional Medical Center, thinks New Mexicans are less likely to contract Legionnaire’s Disease because of our dry climate.  “We have a really dry environment, it’s not humid, so it doesn’t tend to be as much in the environment as in other places like back east.”

Individuals with chronic health problems or compromised immune systems are at a higher risk of developing Legionnaire’s Disease.  Zamora said that prevention of the bacteria in water systems is vital in keeping New Mexicans safe.

“We have a patient population that’s pretty immunosuppressed at UNM, most of the HIV cases [are treated at UNM], our cancer center is very robust, we have a very active pediatric cancer center right there, so I think the risk is pretty high if we didn’t monitor and surveil for it [bacteria],” she said.

UNM is one of a few universities in the United States that has implemented a HACCP-based water safety program. Since 2000, the CDC’s Legionella Outbreak Response Team has advised facility managers to apply HACCP principles to prevent an outbreak of Legionnaire’s Disease.

“Since, 2000 there has not been a reoccurrence in any facility that followed this recommendation,” said ELITE Program Coordinator Claressa Lucas, Center for Disease Control.

Within the last five years, there have been several high-profile, high-dollar legal settlements due to deaths from individuals contracting Legionnaire’s Disease in public and private buildings.

“UNM takes the stand that it’s important to apply principals that are documented to prevent public illness from water systems,” Smith said. “We want people to feel safe while visiting our campus, and it’s important to lead the way and show we take our responsibility as facility maintenance managers seriously.”