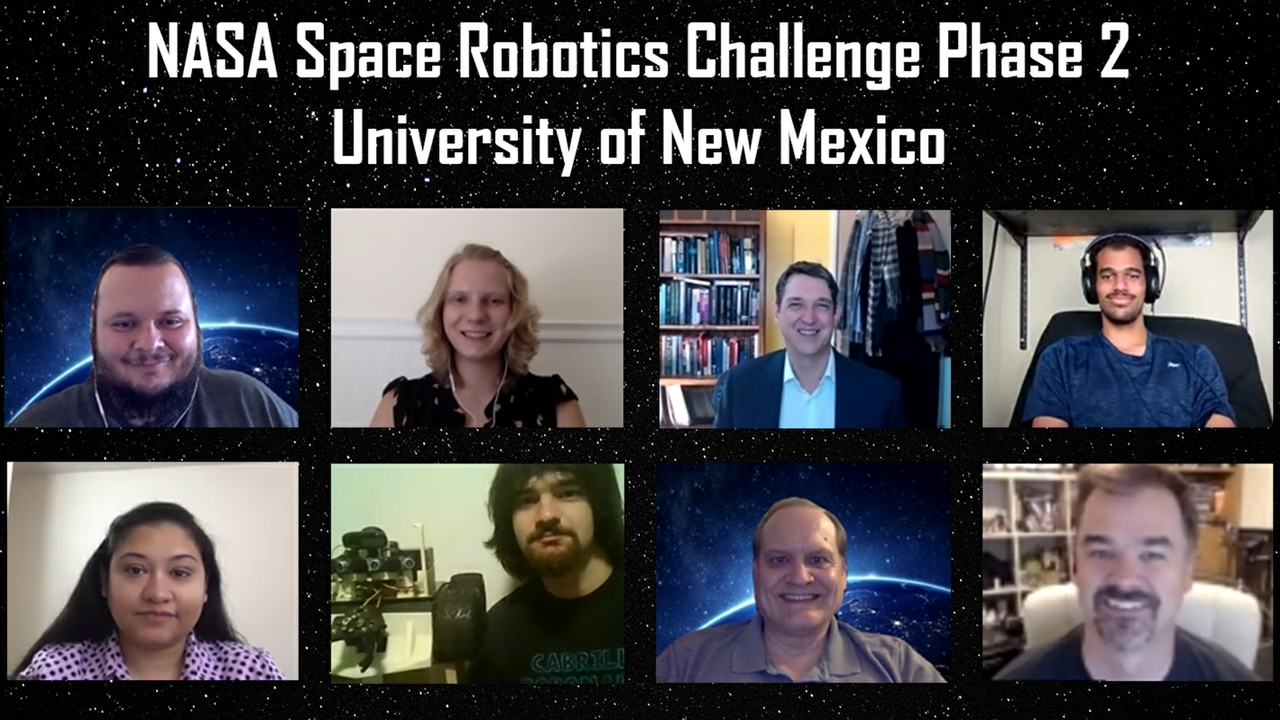 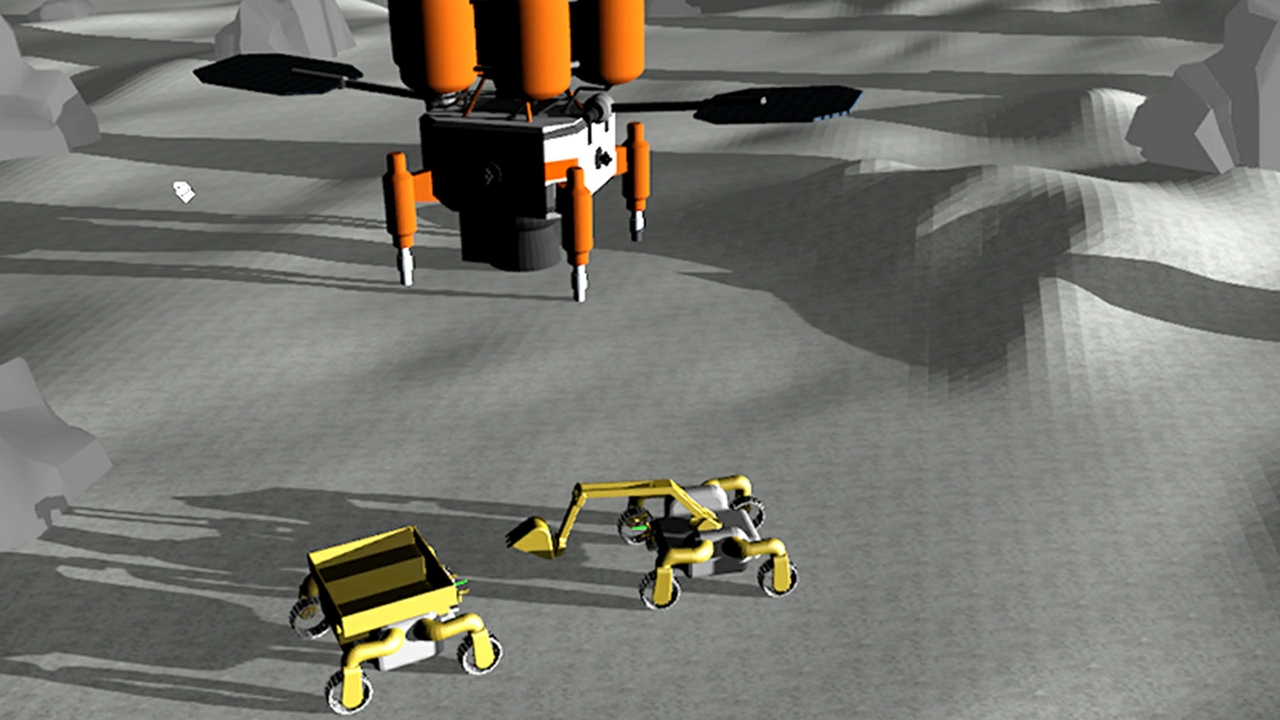 A team of University of New Mexico computer scientists led by Research Assistant Professor Matthew Fricke is competing with diverse computer research groups to develop an algorithm that would instruct robots to autonomously find, collect, and stockpile resources on the Moon.

The competition, presented by Space Center Houston and NASA’s Centennial Challenges Program, offers a variety of cash prizes to the top 25 teams including a $185,000 first place prize.

In 1969, the US made history as the first country to put a man on the Moon. Fifty years later, NASA is working toward a new ambition—a permanent Moonbase. Fricke says, “The end goal is to stop being tourists on other planets. NASA’s goal... is to have permanent colonies on other moons and planets.”

One of the many challenges to living on the Moon is the attainment of vital resources like water. To solve this problem, NASA hopes to build autonomous robots that could find, retrieve, and stockpile resources for later use. These robots will need to be programmed with complicated algorithms that tell them what to do in any given situation. For help designing such a program, Space Center Houston and NASA’s Centennial Challenges Program invited computer scientists across the country to participate in the NASA Space Robotics Challenge Phase 2, a competition aimed at finding the best algorithm.

Fricke’s research team, composed of himself, Professor Melanie Moses, and seven graduate and undergraduate students, is designing their algorithm using computing resources from both the Center for Advanced Research Computing and the Moses Biological Computational Lab. “Part of our strategy is that we will try out different solutions and we’ll run hundreds or thousands of tests at CARC, so we’ll run the simulation over and over with different ideas and see which one runs best,” Fricke explains.

According to Fricke, conducting many trials is necessary because of the unexpected outcomes that occur throughout the process of programing. He elaborates, “The number one lesson to learn about robots is that robots are often lost and don’t know where they are and that lots of random things you didn’t plan for happen all the time. They’re a complex system. So you might think ‘Oh, I’ve got a really easy straightforward algorithm that’ll solve this,’ but you didn’t account for the fact that your wheel got stuck on a rock on the way there, or a shadow reflected off of something in a strange way and you got confused, or some other robot got in your way.

"I think my favorite example is from a previous NASA project where we had all these robots... driving around picking up resources and bringing them back to a nest, like ants, and they were really good at it. Problem was, some of them were so good at it that they would see the resource being carried by another robot and drive over there and try to grab it out of their claws. To me that’s the best example of unintended consequences.”

Competitions like the NASA Space Robotics Challenge Phase 2 are a great way for NASA to gather innovative new programing ideas while allowing a new generation of scientists to work on exciting and consequential projects. Dr. Fricke says that “[By creating a competition, NASA] can get a lot of people involved. They can identify people who might be interested in NASA internships, so there’s a great deal of outreach to it.”

Fricke’s student team members, most of whom participated in the NASA Swarmathon project together, are excited to be a part of the challenge and see it as a way to gain valuable experience in their field. One team member, Humayra Tasnim, comments, “I’m here to learn. I think it’s a great opportunity for me.”

Research teams will submit a simulation code by September 16, 2020, after which the top twenty-five groups will advance to the competition round. The competition round will take place from January to July of 2021 and will end with an announcement of the winning teams during a live event at Space Center Houston.