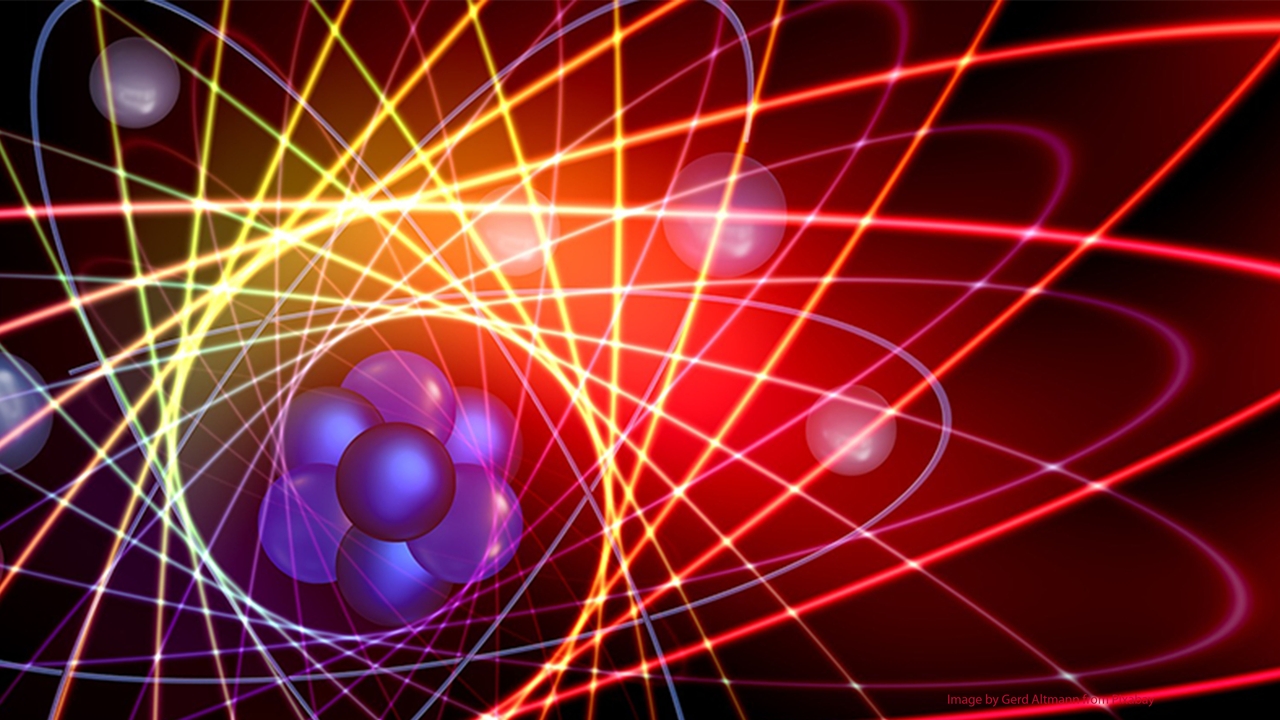 In the fall of 2019, a group of researchers from Google released a paper boldly claiming that the company had achieved “quantum supremacy,” or the use of a quantum system to perform calculations that would be practically impossible using classical computers. While this claim proved controversial due to the similarly impressive quantum achievements of competitors like IBM, the announcement nonetheless signals a transition into a new era of computational exploration—a quantum era.

At The University of New Mexico, the Miyake Research Group has been taking part in an initiative called the Software-Tailored Architecture for Quantum co-design, or STAQ, project aimed at developing and improving quantum systems. Funded by a $15 million grant from the National Science Foundation, STAQ seeks to make quantum computing a more practical tool for future research. The STAQ initiative involves a diverse group of scientists from UNM, University of California Berkeley, Massachusetts Institute of Technology, Duke University, University of Maryland College Park, Tufts University, and University of Chicago. As one piece of the STAQ research being conducted at UNM, Graduate Research Assistant Andrew Zhao and his colleagues are using CARC systems to refine algorithms that can be used to perform chemical calculations on quantum computers.

Quantum computers are fundamentally different from the computers we use today. They take advantage of quantum mechanical theories to make extraordinarily complex calculations very quickly, using information units called 'qubits,' rather than the traditional 'bits,'” Zhao said. “When you think about classical [computing] logic, it’s just Boolean logic—you know, 0s and 1s; ANDs and ORs. [Alternatively,] there’s quantum logic, which is dictated by quantum mechanics.” This approach allows for processing speeds above and beyond the capabilities of classical computers for certain types of problems.

Zhao explained, “The idea is that you want to construct an algorithm that runs lots of quantum circuits, each for a very short amount of time. Every time you reset the device you sort of regain your coherence. You regain the pristine quality of the qubits. But as you’re running the quantum circuit, the qubits start to decohere and become noisy. Overcoming that hurdle is the main focus of the current algorithms.”

Because quantum computing is still in its infancy, most of the work being done attempts to test the capabilities of quantum systems. According to Zhao, “I’d say right now my goal is to see if these computers can do things that classical computers can’t. So even though we might already know the answer, it’s still interesting to see if I can simulate a molecule that’s too big and too complicated that I couldn’t simulate on some large supercomputing cluster.” This kind of testing ensures the accuracy and reliability of quantum computers, paving the way for future research.

Physics and Astronomy Associate Professor Akimasa Miyake commented, “Quantum information science is a new paradigm of information processing to harness the fundamental laws of nature, namely quantum mechanics. It is one of the most important questions in quantum computation to understand for what kinds of problems quantum algorithms offer speed-up, and Andrew Zhao's project directly tackles this key question.”

The STAQ project is expected to generate numerous academic papers. Zhao hopes to submit an article regarding these algorithms within the next few months.