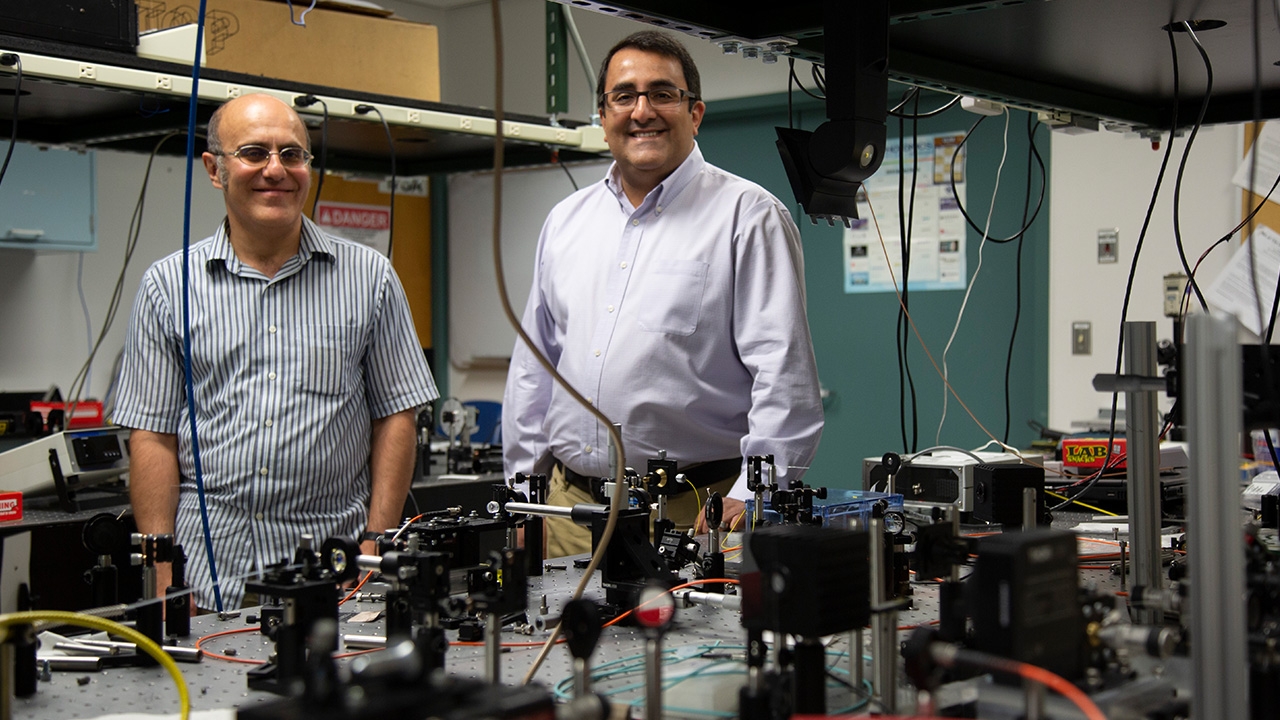 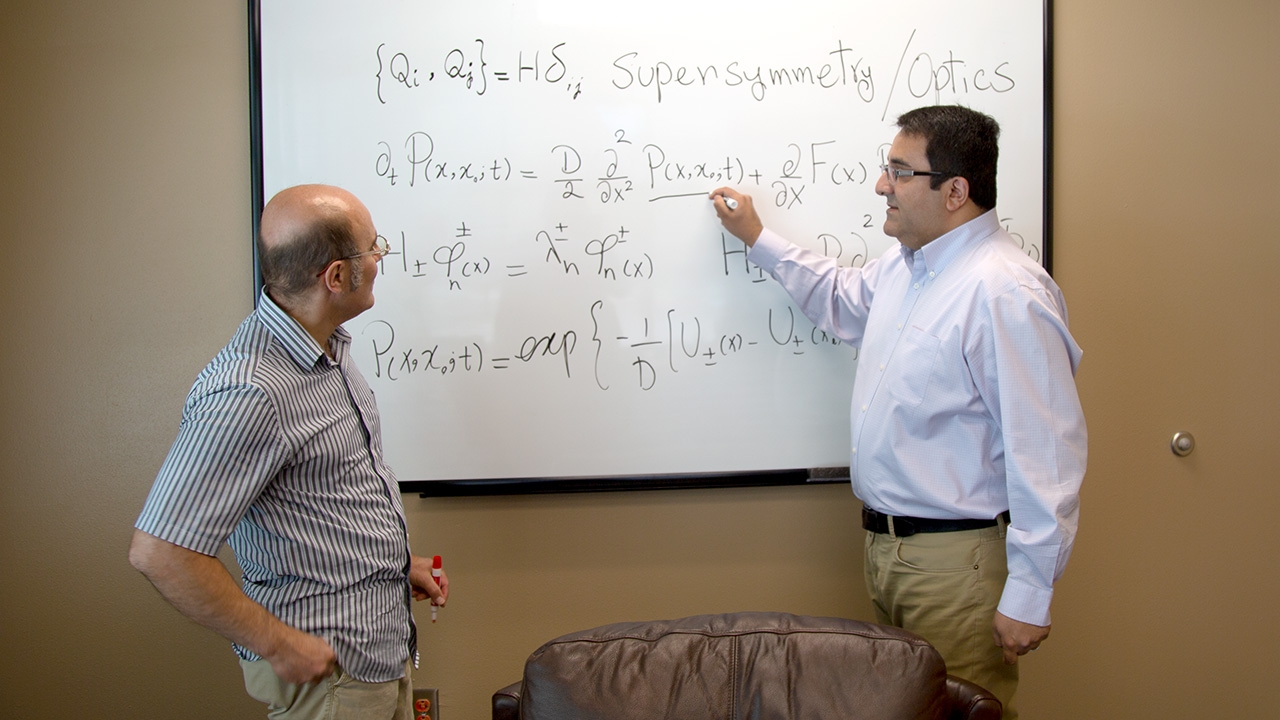 Two researchers at The University of New Mexico recently received an award of more than $580,000 from the Army Research Office for a project named Supersymmetry in Optics: Beyond Traditional Supersymmetric Quantum Mechanics, an eye-watering title to the non-science-minded among us.

But physics professor Arash Mafi, director of the school’s Center for High Technology Materials, compared the collaboration between him and his research colleague, associate professor of physics Rouzbeh Allahverdi, to a familiar, humorous cultural icon: the popular show "The Big Bang Theory" (BBT).

The award-winning comedy featured real-life scientists such as the brilliant cosmologist Stephen Hawking, astrophysicists Neil deGrasse Tyson and George Smoot, and Bill Nye the Science Guy, and brought them into the living rooms of people whose eyes would normally glaze over at the mere mention of supersymmetry.

The unique significance of this project, Mafi explained, is that it brings together two forms of science that don’t normally collaborate, the fundamental and the applied. Pure or fundamental science is the groundwork, science for science’s sake, exploring without the expectation of finding solid applications, as Allahverdi does. Applied science, which is what Mafi does, takes the groundwork and uses it to find practical, useful applications or products.

Mafi likened his and Allahverdi’s work to that of the show’s characters Leonard, an applied physicist, and Sheldon, a theoretical physicist specializing in supersymmetry. Allahverdi studies supersymmetry, a complicated, controversial, and unconfirmed theory in particle physics. Mafi studies optics and noted that most of us use applications of optics every day: cameras, cell phones, televisions, and CD or DVD players.

“It’s as if Sheldon and Leonard worked together. I’m like Leonard. Rouzbeh is like Sheldon,” Mafi said, to summarize the two ends of science each represents – the more cerebral, fundamental side and the practical, applied side of science – and referring to the BBT characters’ special fields of study, as opposed to their quirky personality traits.

Typically, he said, the two types of science don’t work closely together, which is what makes this award and project significant and innovative. In contrast with a commercial or business organization, usually only a university atmosphere, such as that of UNM, allows such a partnership between the two types of researchers, he noted.

Some of the theories about supersymmetry have not so far panned out as hoped, Mafi said, citing the CERN Large Hadron Collider, built to measure the Higgs Boson particle and examine other unsolved questions of science. However, all is not lost, he noted, because some of the principles and theories used in supersymmetry can be transferred to other research, such as optics, to search for new applications.

“We plan to use supersymmetric techniques to solve device-related problems. It brings together me, an applied scientist and optical scientist with past experience in particle physics, with Rouzbeh, an active particle physics researcher, to solve problems of practical relevance… I’m thrilled for the opportunity to work on this project and collaborate with Professor Allahverdi,” Mafi said, noting he’s excited about the possibilities the unconventional research partnership can yield.

Possible optical discoveries, he said, include novel materials, imaging devices, or lasers. Examples of each include materials such as cell phone or TV screens, imaging devices like cameras, and lasers for surveying and ranging. And while the results would be initially for military use such as better surveillance and defense technology, the end products could be eventually be adapted for civilian and commercial use, much like microwave ovens, GPS, and computers, which began as military inventions.

Or who knows? Possibly the collaborators will find something that hasn’t even been conceived of yet, Mafi wondered. The answer is out there somewhere.