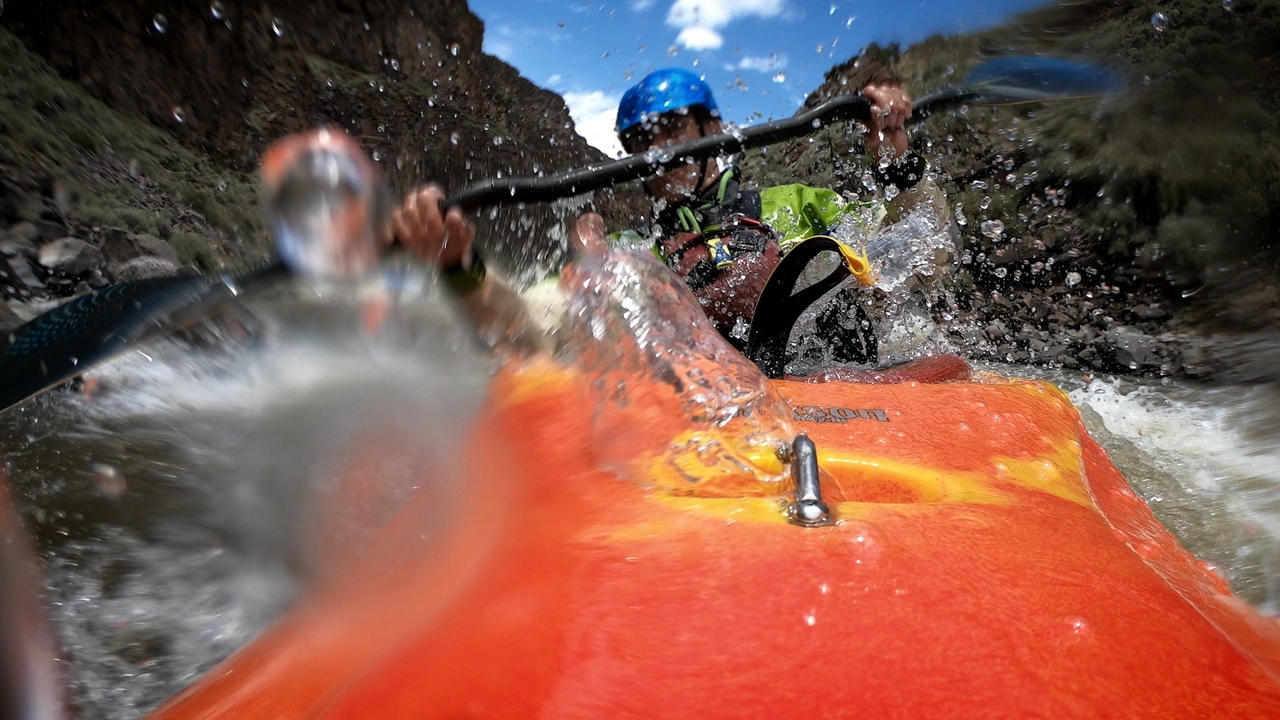 takes audiences on a journey along the Rio Grande and into the communities of individuals who live, work and play along the water.
Credit: UNM-Taos Digital Media Arts 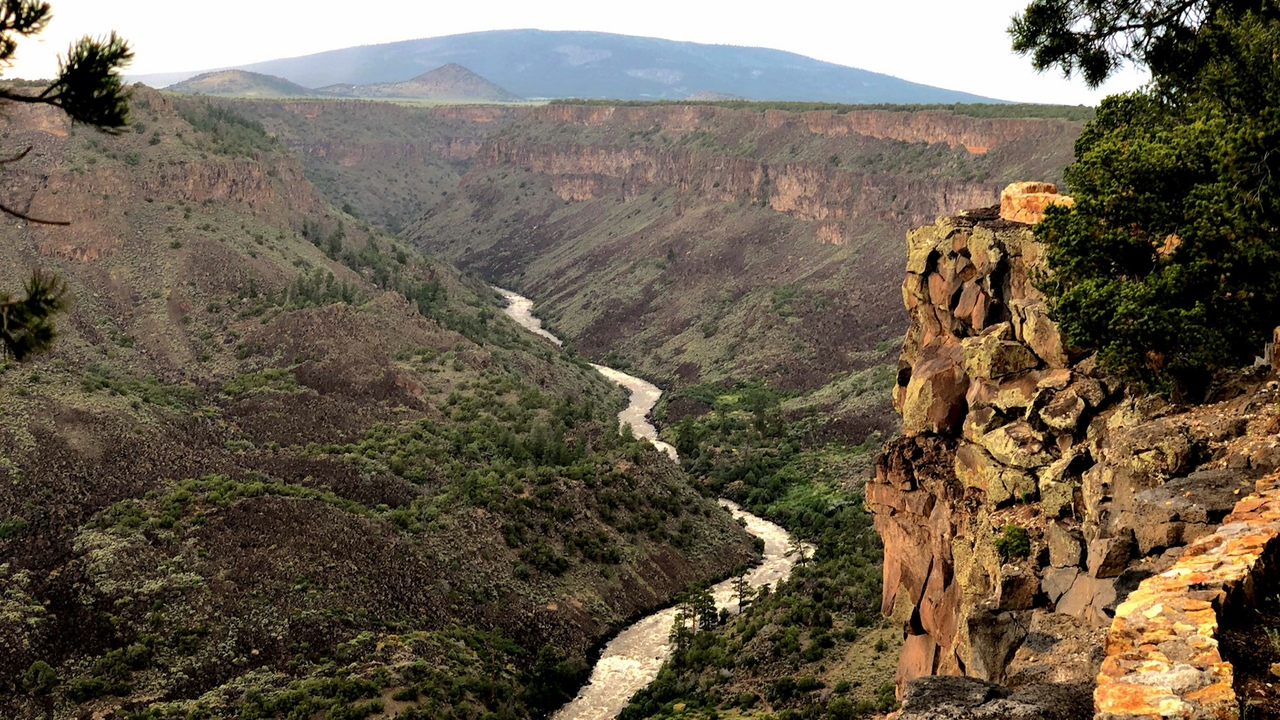 The "Rio Grande Serenade" docuseries is a perfect example of collaboration of students having the opportunity to work alongside professionals in the field. 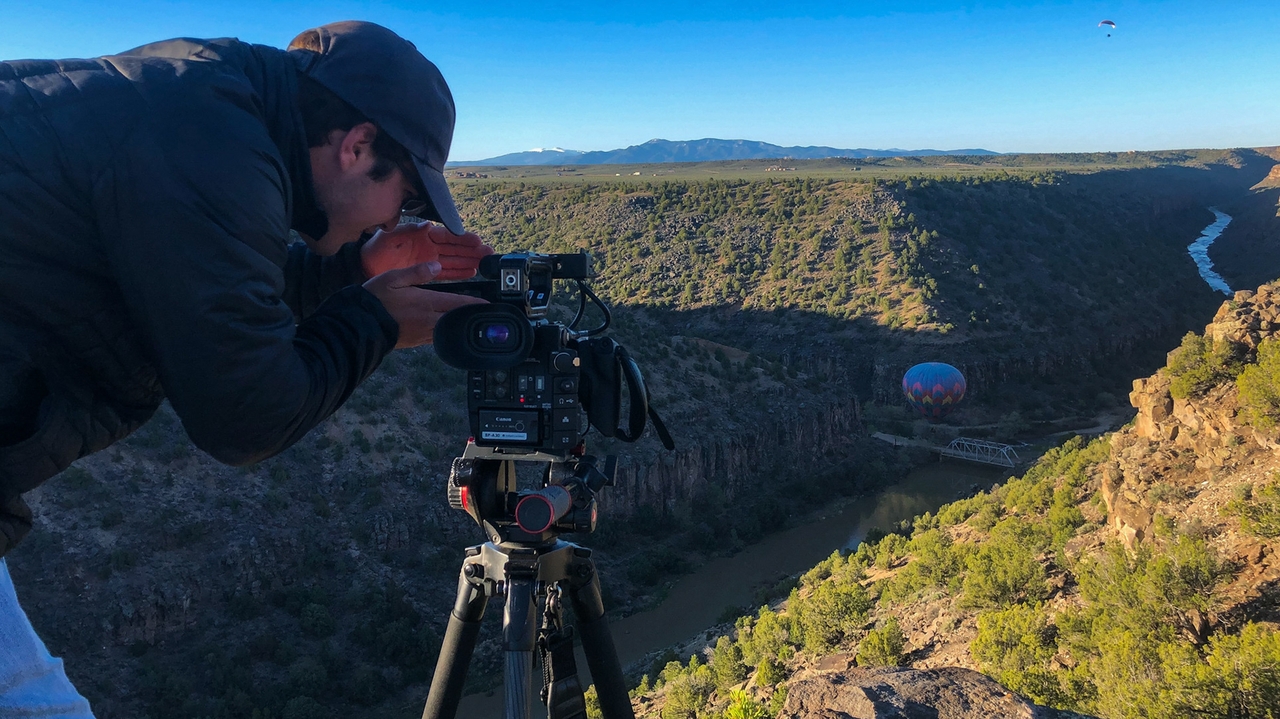 Through tumultuous waters and sweeping vistas, Peter Walker and his students take their audience on a ride up-and-down stream in the new docuseries “Rio Grande Serenade” to help tell the epic tales of high desert life, culture, survival, and wildlife along the Rio Grande.

The docuseries is the product of the Digital Media Arts (DMA) program at The University of New Mexico Taos Branch. Walker, who is the DMA program coordinator, said the series will include four episodes; episode one, “River Guides” was released last month. 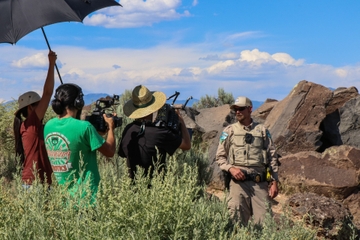 “As a human, I sometimes forget the importance of nature. Without nature and water, there is no ‘us,’” said Isaiah Galante, Class of 2020 graduate. “Working on this project hit me and opened my eyes. The DMA program has given me opportunities and chances to do what I love, film.”

Through the lens of Canon cinema cameras, episode one dances across The Rio Grande Del Norte National Monument, White Rock Canyon and the Rio Chama Wild and Scenic River. Walker said they had the opportunity to interview individuals who live, work and play along the water of the Rio Grande, Individuals like Daniel Herrera, a sixth-generation Norteño community leader and advocate for the youth and surrounding watersheds, and several river guides who have been in the business for decades.

“As a media arts instructor for UNM-Taos, I strive to create opportunities for students to go on adventures, get out of their everyday element and capture images that move them,” Walker said. “In 2019 we gathered up some gear, loaded students in a van and started filming. Over the course of a year, we gathered story pieces in special locations stretching from Big Arsenic Springs near Questa to the Bosque in Albuquerque.”

Walker highlighted the collaboration between working professionals and students that made this project possible. Local musician Ryan Beckwith created a custom soundtrack for the “Rio Grande Serenade.” The team also incorporated poetic storytelling into the visuals and storyline of the series.

“Opportunity is the best word I can use to describe UNM-Taos’ Digital Media Arts Program,” said Colin Hubbard, DMA core completion graduate. “Involvement in all the aspects of digital media production through the program’s “Rio Grande Serenade,” its partnership with Canon providing equipment and creative technical seminars and active exposure to the industry has been an invaluable experience.”

Walker said production of the entire project lasted about four semesters, allowing different students to participate and venture out into the field to gain experience. 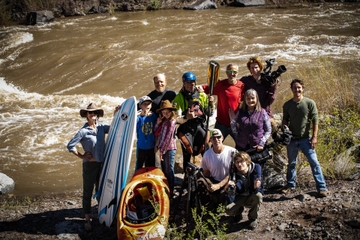 “Getting students out of the classroom and into the environment is always an aspiration for my experiential learning approach,” Walker said. “I also wanted to make a film that could give voice to a specific place that I know and love. That place is the Upper Rio Grande.”

Walker said students focused on showcasing the importance of water resources and the leaders in different communities who are involved in the care and conservation of New Mexico rivers including, river guides, farmers, community activists and climate change scientists.

“This is a film series Northern New Mexico should be proud of,” Walker said. “Our students put countless hours into this project. It’s educational, entertaining and the characters speak about a vision for managing our high desert watersheds.”

You can see the docuseries at www.riograndeserenade.com