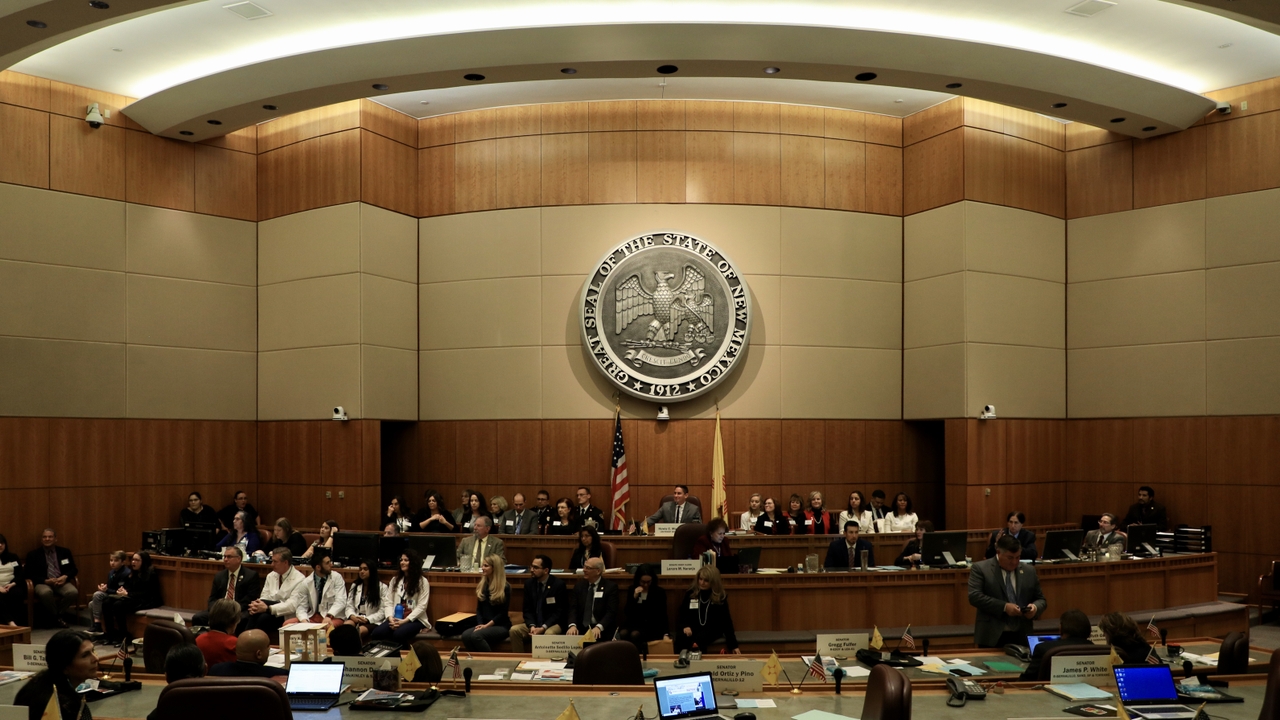 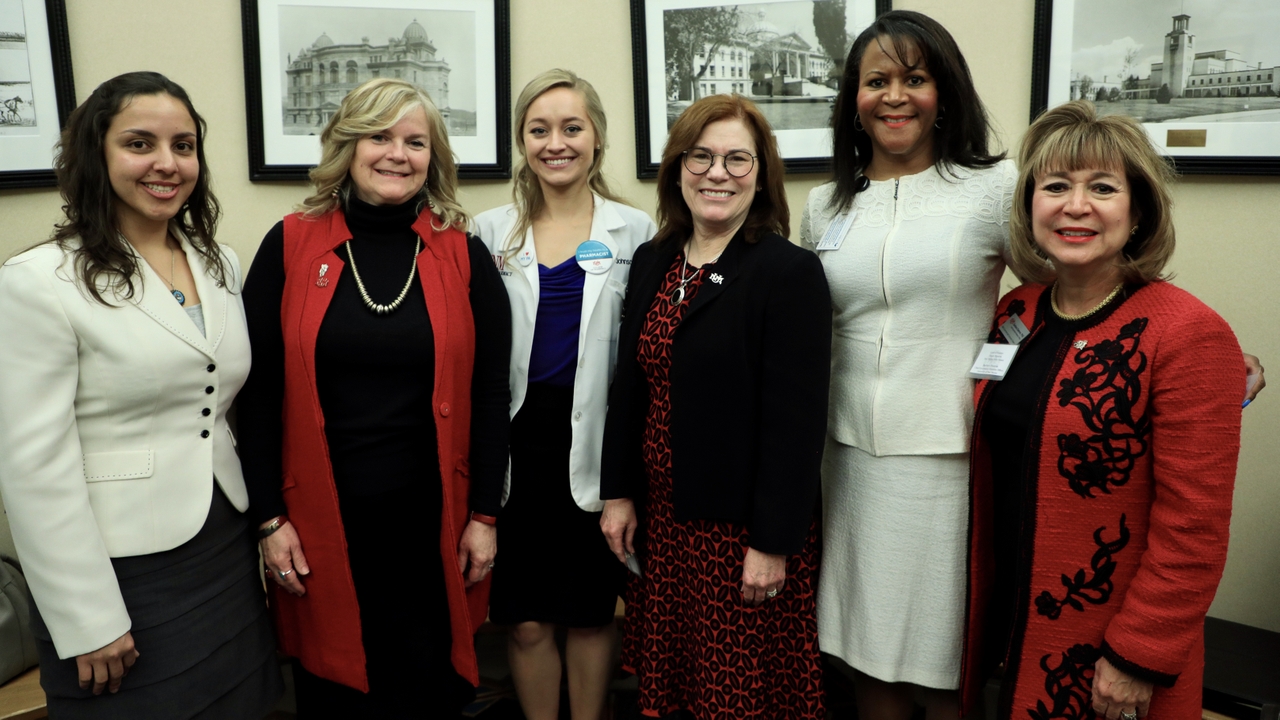 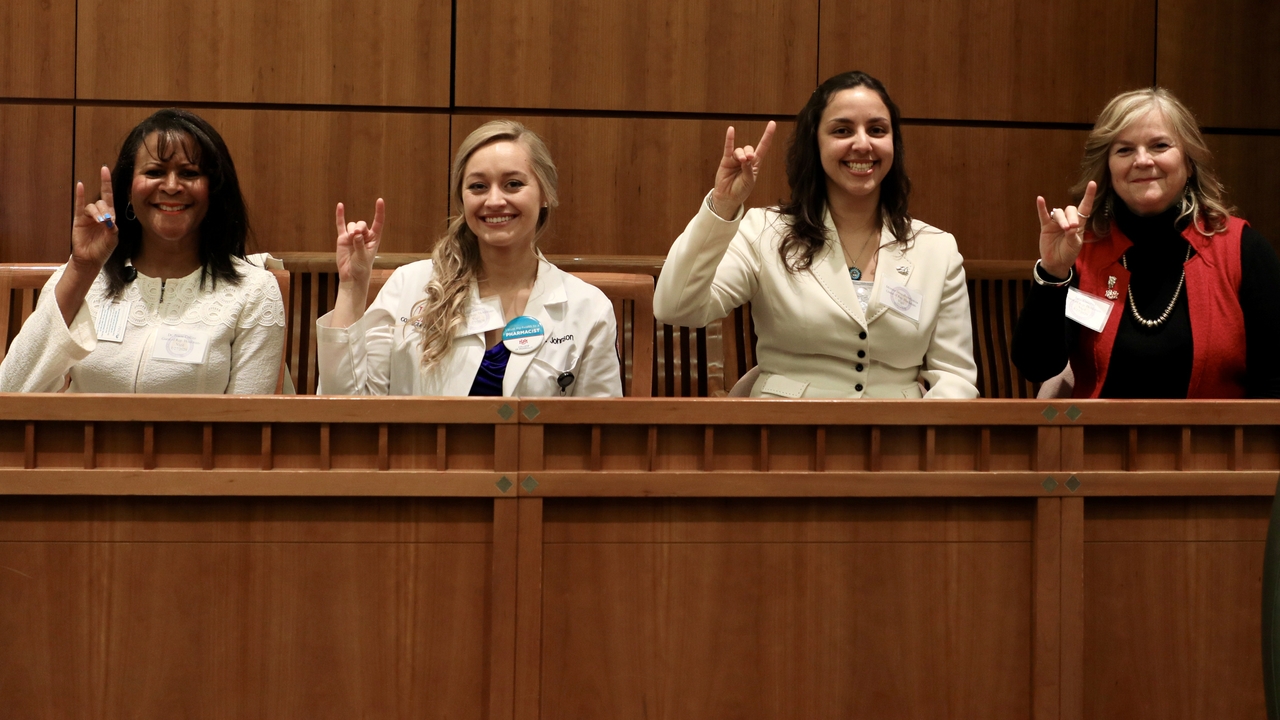 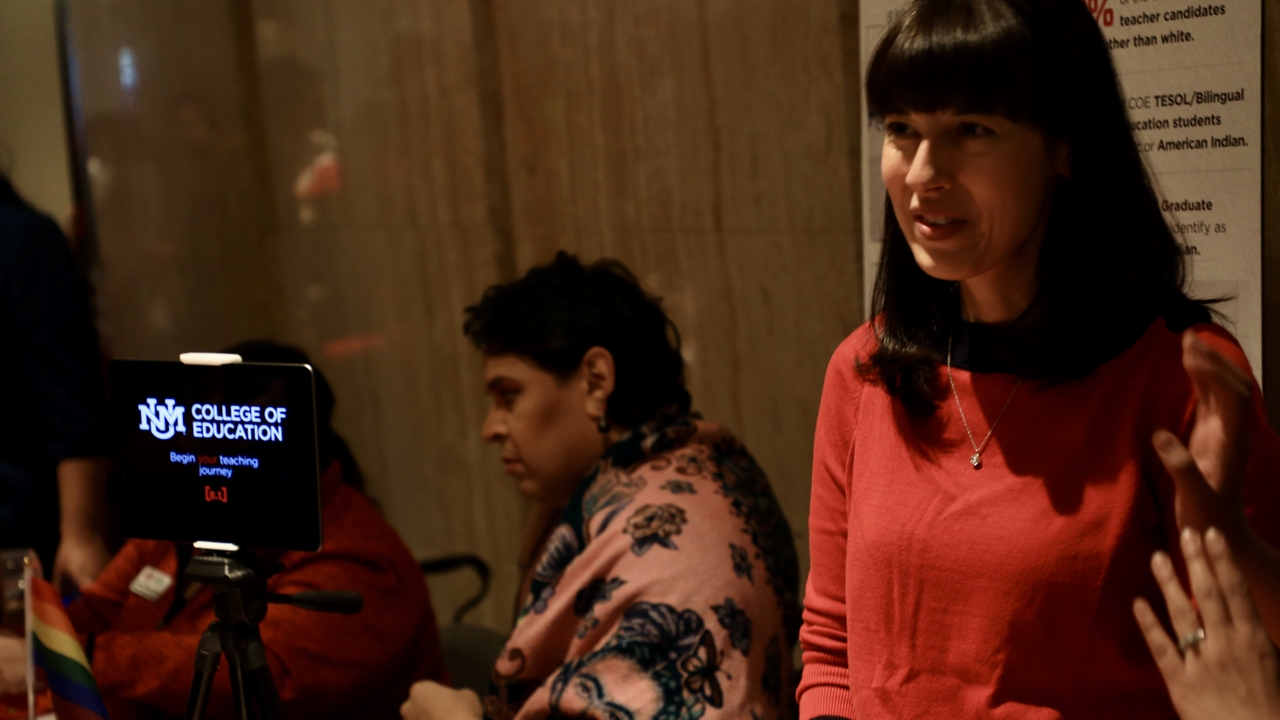 Hundreds of Lobos packed the Roundhouse in Santa Fe for the annual UNM Day at the Legislature.

Schools, departments and programs decked out tables in cherry and silver, showing off all the opportunities offered to students at The University of New Mexico.

“This is a great chance for UNM to turn out as a community and show our pride,” said Muhammad Hussain, president of UNM’s Graduate and Professional Student Association. “We also have the opportunity to speak to legislators and future Lobos about the impact of a UNM education – both undergraduate and graduate.”

Student and faculty success was on full display as a memorial was unanimously passed in the Senate declaring Jan. 27, 2020 as “UNM Day” in recognition to UNM’s contribution to education, research and public service.

Students from the UNM Fine Arts choir were featured singing the Star Spangled Banner in both chambers.

“It was an honor to be recognized as an outstanding grad student during UNM Day at the New Mexico Legislature,” said Goncalves-Garcia. “An exciting opportunity to raise awareness about prenatal alcohol exposure and Fetal Alcohol Spectrum Disorder (FASD).”

Goncalves-Garcia was selected by the Provost’s office as an outstanding graduate student following her presentation of research related to the UNM Grand Challenge on substance abuse at the Shared Knowledge Conference.

“It was a great honor to be recognized alongside Monica,” said Coonrod. “She exudes passion for The University of New Mexico and I love seeing that.”

The honorees also had the chance to speak with UNM President Garnett S. Stokes, who sat with them during the ceremony. They then took part in tabling events and spoke to their legislators.

“I took the Native American Studies test to determine if you’re a rookie New Mexican or a true New Mexican,” said Coonrod. “I passed all three stages and am officially a true New Mexican. It was truly an honor to be recognized in the House and Senate and represent the University of New Mexico.”