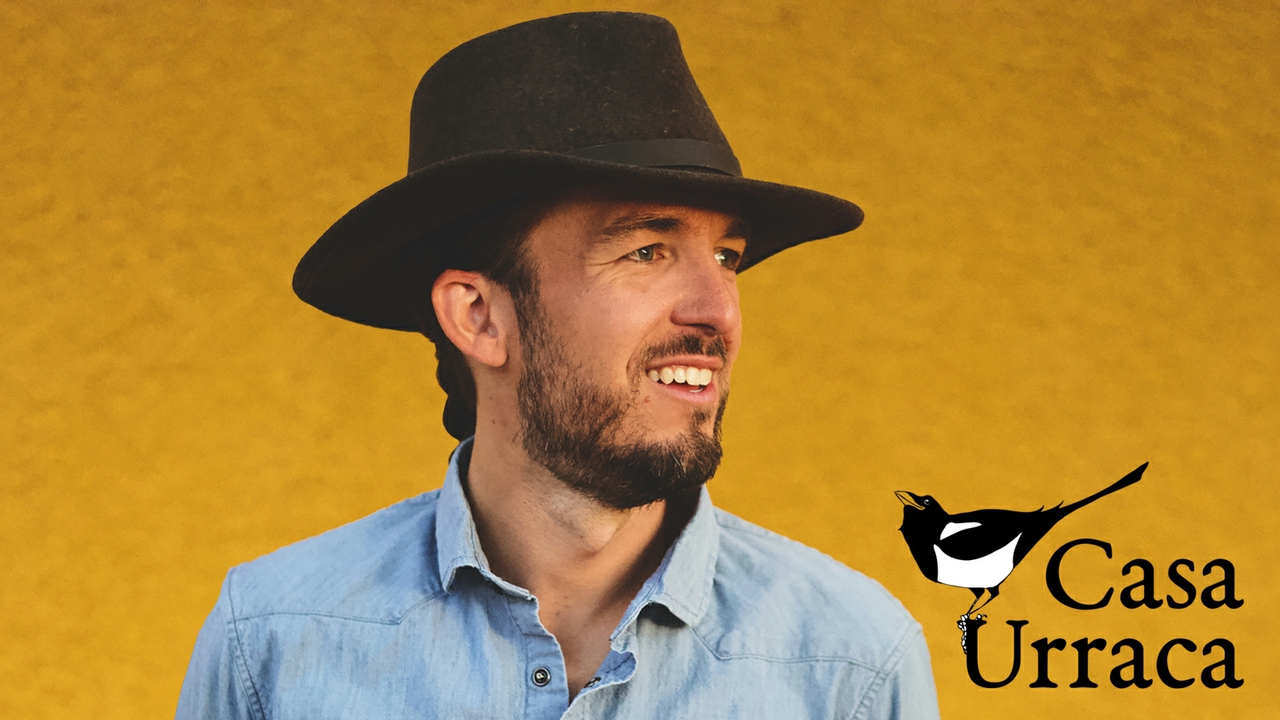 “Casa Urraca Press publishes daring, eloquent authors of poetry and creative nonfiction. We emphasize works from writers in New Mexico and the Southwest, though we make only rules that we can break. And we do everything for authors and books that any traditional publisher does—from working with our writers on revising their manuscripts, clear through to distribution and marketing. We also offer writing workshops with our authors, focusing on generating fresh ideas and hatching creativity,” said Hively, the UNM alumnus who operates Casa Urraca Press.

Hively had four major goals when starting up the press that he still relies on today.

“I keep this list called ‘What’s Important to Casa Urraca Press’ handy so I can refer to it anytime I need to light my way. It has four principles: treat authors well and compensate them more than fairly, create aesthetically and tangibly pleasing physical books, keep my business such as printers and suppliers local to New Mexico whenever it enables both of those things, and operate as environmentally friendly as possible,” said Hively.

Success for us means championing the voices of authors with important perspectives to share and connecting them with their readers." – Zach Hively

Hively studied English-Philosophy at UNM and graduated in 2007. He completed the interdisciplinary Honors Program and participated in a semester abroad. He also studied American Sign Language for four semesters and German for five, and participated in the German Summer School Program, which led to a one-year Fulbright English Teaching Assistantship after graduation.

“I felt fortunate to receive a quality education in my hometown. A handful of meaningful personal relationships made the experience as valuable as it was,” said Hively.

He volunteered at the Agora Crisis Center for his entire undergraduate career, even though it was unrelated to his major.

“That experience developed my empathy, without a doubt, and the vulnerability and intensity of the Center led to some of my deepest friendships in college. I also cherish the close connections that some of my teachers built with me, especially Dr. Leslie Donovan in the Honors College, Dr. Anita Obermeier in the English department, Dr. Katja Schröter from Foreign Languages & Literatures, and Dr. Mary Domski in the Philosophy department,” said Hively.

Casa Urraca Press is a unique business that focuses on other issues over profiting.

“Success for us means championing the voices of authors with important perspectives to share and connecting them with their readers. It means paying writers for their work. Of course, we need the business to be profitable, as well, so we can continue doing what we do. But unlike many businesses, that is not our primary motive,” said Hively.

The press has been successful so far. In its first year of operation, it has already published three works from UNM alumni.

“I have worked as a writer and editor for eight years, and in many ways, I feel like Casa Urraca Press is a natural extension of my work. That said, the press itself started operations just this year [2020]. And in that time, we’ve already published three books,” said Hively.

The three books published by Casa Urraca Press are Innocence Regained: Christmas Poems, by V. B. Price, a long-time UNM teacher and faculty member in both Honors and Architecture & Planning, Glitches in the FBI by UNM Associate Professor Amaris Feland Ketcham, and Wild Expectations, photography by Magdalena Lily McCarson and accompanied by poetry from Zach Hively.

“I think it’s pretty cool, and it was entirely unintentional, that the first three books were all written by UNM alumni,” said Hively.

The press is set to publish four or five new books in 2021, as well.

Casa Urraca Press operations during the COVID-19 pandemic have only been minimally affected.

“Getting our books in independent bookstores has been more challenging because so many are closed to walk-in traffic or have greatly reduced capacity. The author readings we have scheduled have also had to be done virtually, rather than in person. The same with our writing workshops,” said Hively.

COVID-19 circumstances have pushed the press to build a stronger online presence, including a direct-to-readers online bookstore.

The press has held several online workshops during the pandemic.

“We strive to offer writing workshops every couple of months, on average. Some of our recent offerings include a workshop on found poetry, a youth program on creating stories with the hero’s journey archetypal structure, and our most popular offering so far: a class called Misfit Poetry. Each workshop is generative, meaning attendees create drafts in real-time and experience the ideas themselves, rather than passively absorbing them,” said Hively.

The future goals of the press are simple: keep making quality books.

“We would love to publish more first-time and early-stage authors, especially with perspectives that have been underrepresented in publishing. We would also love to publish established authors’ more creative or daring work that may not have a home with mainstream publishers,” said Hively.

One thing the press is experiencing is that it’s easier to have principles when one can afford them. The easy way through would be to compromise the initial vision to print books more cheaply. Along with that experience, though, they’ve developed a resolve that their vision matters.

“Based on responses so far from readers, bookstores, and the media, what we’re doing and how we’re doing it matters. We’re playing the long game, as well. Building integrity—with ourselves, first and foremost, and with our authors, readers, booksellers, and everyone else who picks up a Casa Urraca book—will establish our company more than any corner-cutting ever would,” said Hively.

To learn more about Casa Urraca Press, register for workshops, or browse the online bookstore, visit their website.