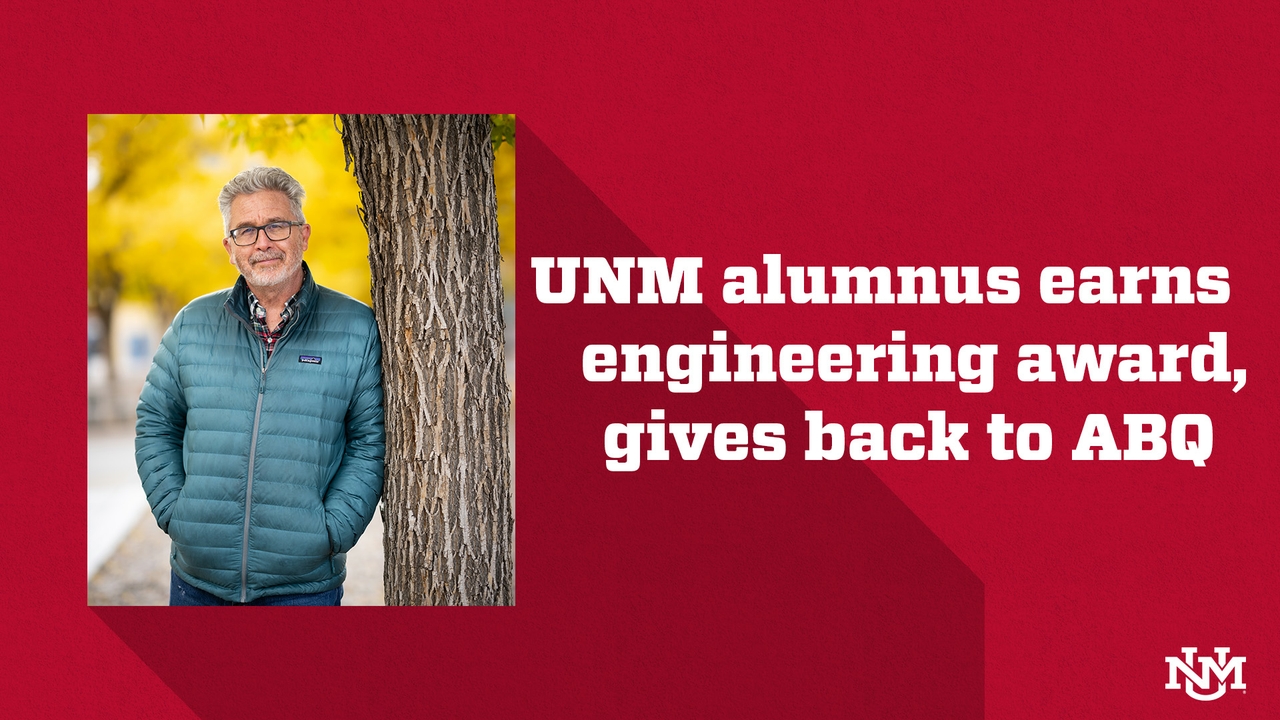 When Rudy Garcia took his first computer science class at Albuquerque High School in the 1980s, the machines still required punched cards. He was fascinated by the way the devices performed calculations.

These days, Garcia works as a data engineer for Sandia National Laboratories creating solutions for the best ways to process and disseminate big data. With the world creating more information every day, finding ways to harvest and leverage it is more important than ever. Garcia led the charge on Sandia’s Overhead Persistent Ground Architecture Data Integration and Exposure project, which helped improve data systems for government agencies and made them faster and easier to search.

In November, he received a 2022 Society of Hispanic Professional Engineers Technical Achievement and Recognition (STAR) Award in the Hispanic in Technology, Government category for his work at Sandia.

The Award recognizes one engineer a year who has made outstanding impacts to their field through a significant contribution or through the leadership of a major technical project.

“I think of it as this kid from Albuquerque High who was able to do some pretty impressive things.” Garcia said. “It’s an acknowledgement of what I’ve been able to accomplish over this thirty-plus year venture. I’ve had a lot of support from my wife and kids along the way.”

Garcia’s engineering career started at the University of New Mexico, where he graduated with a bachelor’s in computer engineering in 1987. As a first generation college student, Garcia didn’t have a specific path to follow, but his parents ingrained in him a strong work ethic and a desire to learn. His classes and involvement in local chapters of organizations like the Hispanic Engineering and Science Organization helped him find mentors in engineering.

“I will tell you that what kept me going were a lot of the professors,” Garcia said.

One in particular left a significant mark on him. Professor Delores Etter, whose research at UNM looked at digital signal processing, helped set up students like Garcia with research projects at Sandia National Labs. Students worked on real-world problems with guidance and mentoring from Sandia employees. Etter also shaped the way Garcia presents information to other people.

“She was one of the most influential people in keeping me grounded and focused in thinking about how to present information,” he said. “I still use the strategies I learned from her to this day.”

An advisor with his collegiate chapter of HESO told Garcia about a unique opportunity for Hispanic, Native American and Black students –– the GEM Fellowship. The program matches qualified STEM graduates with universities and employers who will pay for the GEM Fellow’s advanced degree. With the help of his advisor, Garcia was accepted into the computer engineering master’s program at Boston University. When he wasn’t in school, he worked as an engineer at Wang Laboratories in Lowell, Massachusetts. The program helped him graduate debt-free in 1989.

“The GEM Fellowship was awesome and I wouldn’t have known about it without HESO,” he said.”It’s important for students to get involved. There’s always an organization that can help further your career or education.”

After completing his master’s degree, Garcia worked for IBM and later EG & G at White Sands Missile Range. Eventually he made his way back to Albuquerque with his family. He’s been with Sandia for nearly 25 years.

In many ways, his engineering life has come full circle. Garcia now aims to give back to the community in the same way it gave to him.

“As a native New Mexican and a Hispanic, I encourage other engineers and scientists to help our underrepresented communities by volunteering for STEM educational activities,” Garcia said. “These students of color need to see someone like them who has made significant accomplishments, which might inspire them to follow in our footsteps.”

He volunteers with Manos, a Sandia-run program that gives middle school students in Albuquerque the opportunity to learn about topics like physics, chemistry, robotics and more, with a goal of increasing the number of Hispanic students who pursue STEM degrees. He also helped teach students Python through a program organized by the Black Leadership Council.

Garcia has even found himself assisting UNM students the same way Sandia engineers helped him when he was in college. He is working with representatives from the UNM Department of Engineering to help coordinate projects with local government agencies for students involved with Engineering Projects in Community Service (EPICS), a UNM program that gives students the opportunity to see research projects through from inception to completion.

Garcia is eager to encourage and foster the next generation of engineers. When he accepted his STAR award at the SHPE National Conference, last November, it was the thousands of students present that made an impression on him.

“It’s exciting to see the next generation of Hispanic students and their appetite to move their careers forward,” he said.