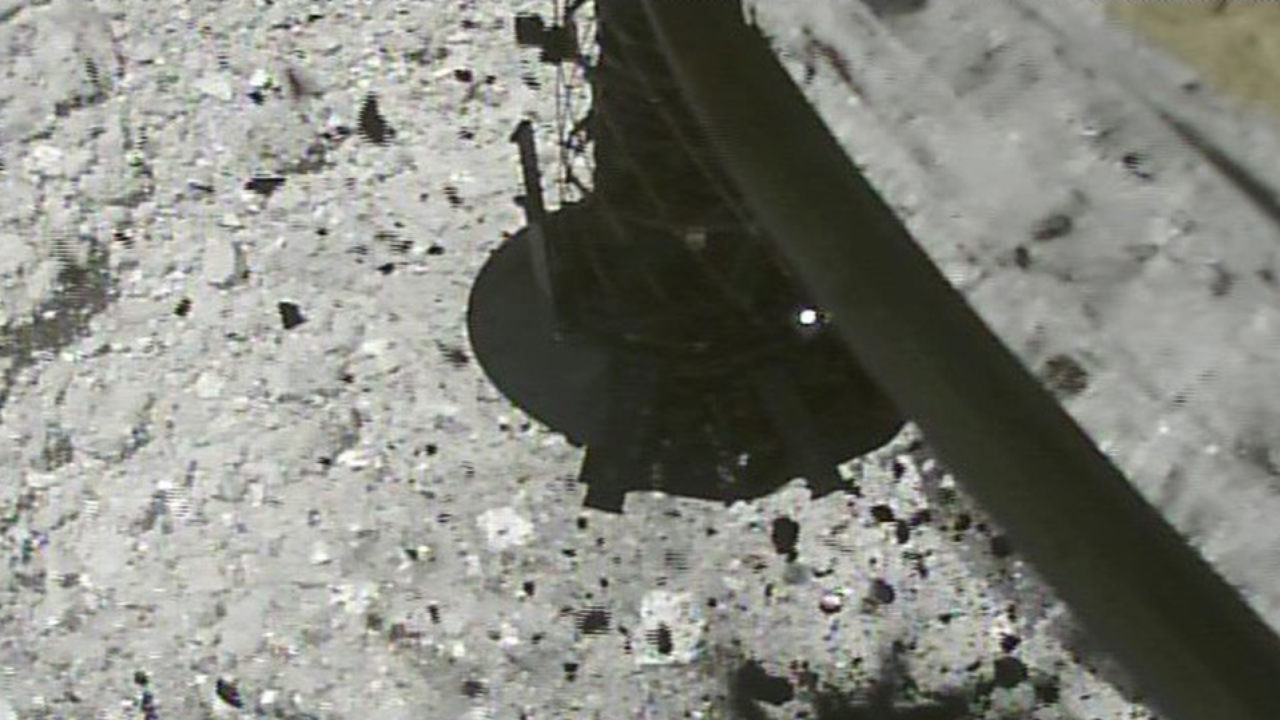 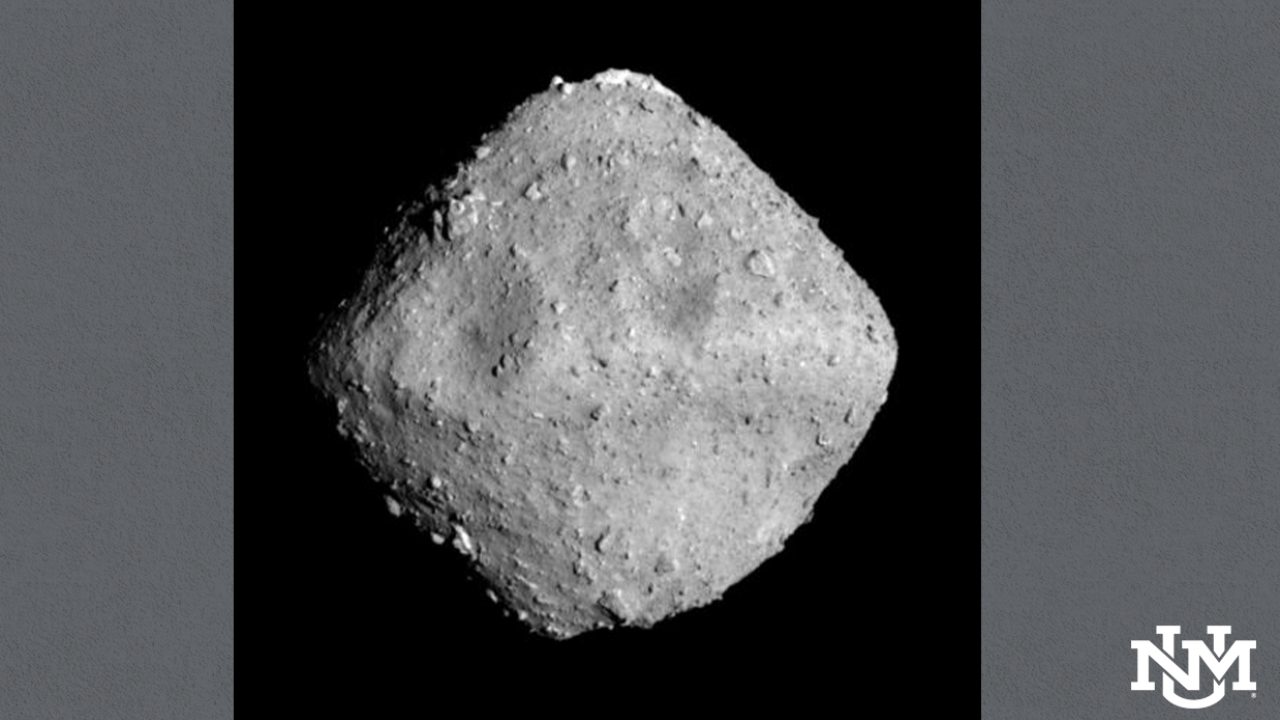 Asteroid Ryugu seen from a distance of around 22km
Credit: Credit: JAXA, University of Tokyo & collaborators 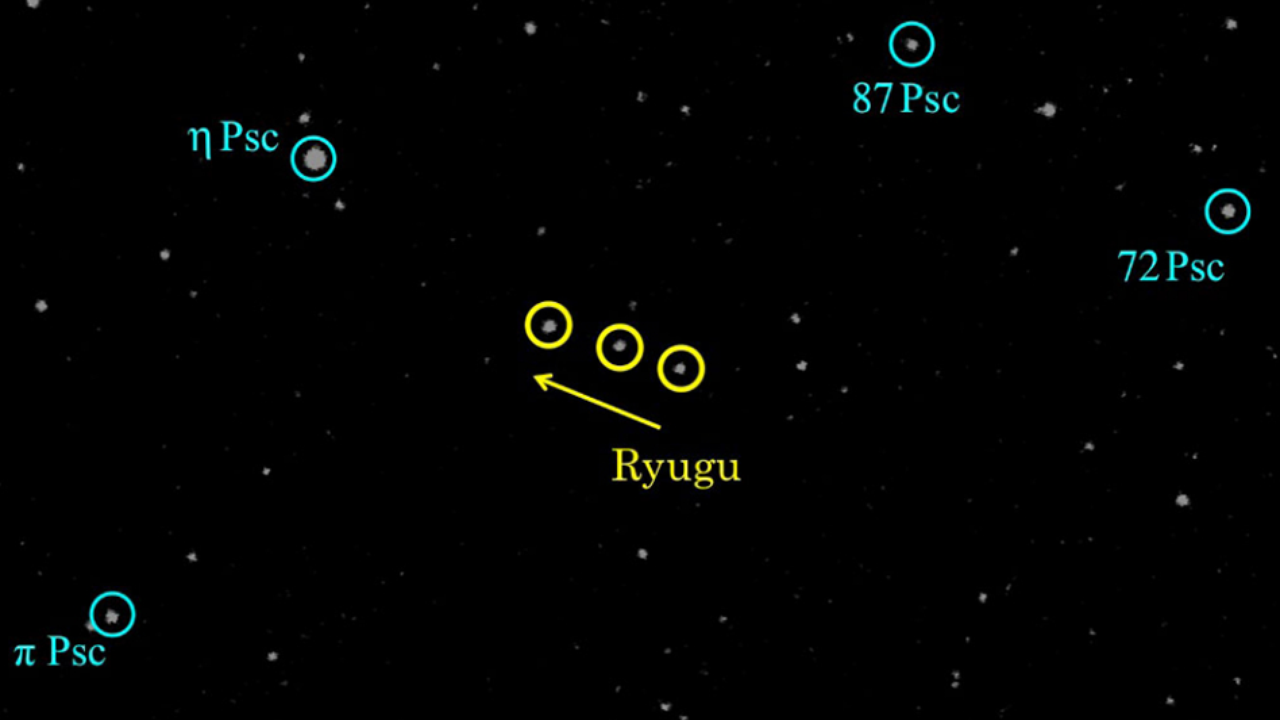 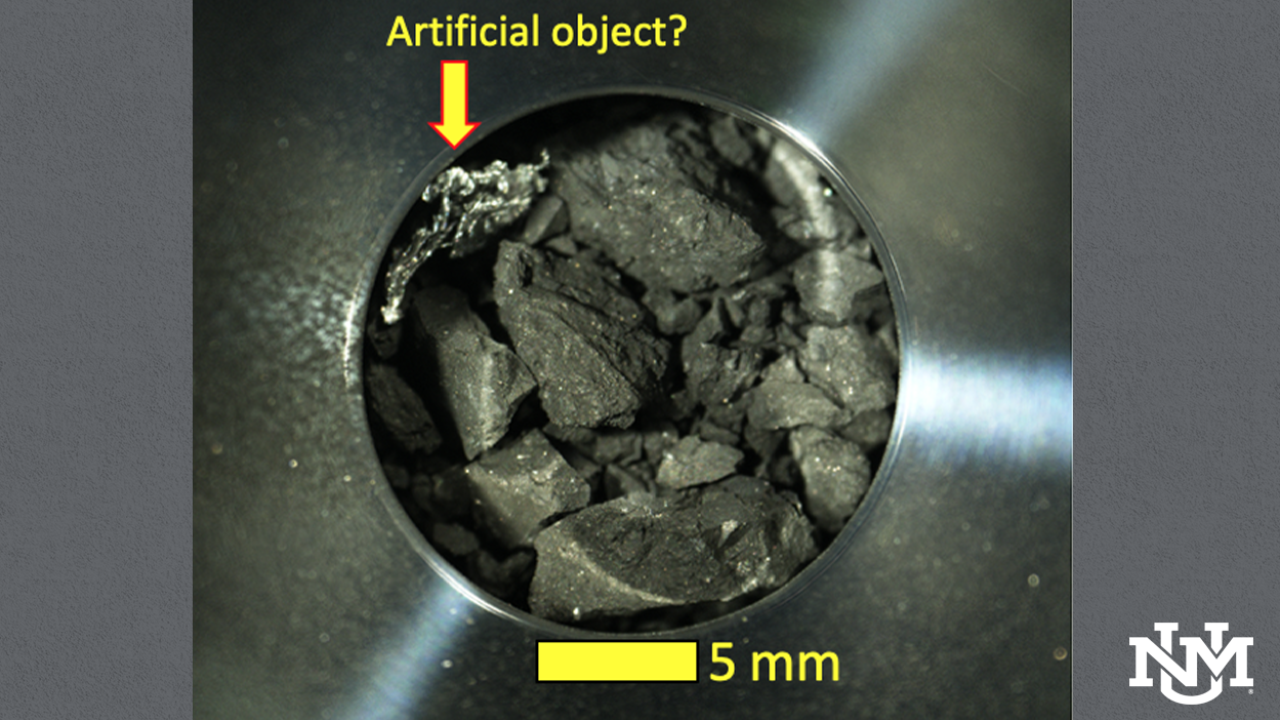 There are one million known in existence, each with their own set of unknowns.

With no atmosphere, varying shapes, sizes, and compositions, there are many questions when it comes to asteroids, the minor planets which orbit within our solar system.

One of those puzzles is one step closer together to completion thanks to a massive team of international scientists including University of New Mexico professor of mineralogy Adrian Brearley. 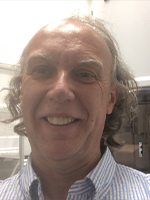 Brearley was asked to be part of The Hayabusa2 Initial Analysis Team, after Japan Aerospace Exploration Agency (JAXA)’s Institute of Space and Astronautical Science retrieved the first ever, unique samples back from an asteroid named Ryugu.

He was within one of six sub-teams and two Phase-2 curation institutions, Okayama University and the Japan Agency for Marine-Earth Science and Technology (JAMSTEC) Kochi Institute for Core Sample Research, all diving into this scarce discovery.

In a study published today in Science.org, titled Formation and evolution of carbonaceous asteroid Ryugu: Direct evidence from returned samples, Brearley and other members of his sub-team are highlighting why these pristine samples are so critical to understanding our solar system.

“I was honored to be involved in it. It was really such a remarkable success,” Brearley said.

The sample was retrieved over one hundred million miles away by asteroid explorer, Hayabusa2. It was kept in pristine, oxygen-free isolation at JAXA for five months after it landed in Dec. 2020.

When it fell into the hands of Brearley in May 2021, he took it right to UNM’s new state-of-the-art electron microscope within the Physics, Astronomy and Interdisciplinary Science (PAIS) building. As the first of its kind in New Mexico, the microscope provided insight on nanostructures within the samples, to indicate the conditions Ryugu’s materials form under.

There, for the better part of the year, he stared closely at fragments smaller than the size of half of a human hair.

“The idea was to get as broad of a picture as we could in the time that we had about what the characteristics of the sample were,” 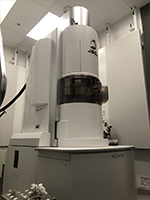 Still, Brearley said that was like studying a rock, with the amount of discoveries made.

“Having these really pristine samples that were actually collected from the surface of the asteroid is really, really amazing,” he said.

In Formation and evolution of carbonaceous asteroid Ryugu: Direct evidence from returned samples, one of the key takeaways is composition. Ryugu samples were found to be composed largely of silicates, rock-like minerals that contain water associated with organic matter. That aqueous nature has characteristics consistent with CI carbonaceous chondrites, a very rare type of meteorite.

That rarity led to the confirmation that Ryugu had some of the most compositionally pristine material existing in our solar system. The more pristine a sample is, the more clear its history is. Ryugu offered clarity for what its formation looked like 4.5 billion years ago.

“It's like a time capsule. Somebody gave you a box– you know something your grandmother had when she got married– and it’s completely unopened, untouched since that time. You open it and think wow, that’s incredible. I’m opening something which is a piece of solar system history,” he said.

He said this study is like reaching back through eons of time, providing crucial indications of how asteroids form, how planets form, and even how our solar system formed billions of years ago.

It also contributes to the preexisting idea that the material Earth formed from including water and organic material originated in asteroidal parent bodies which look like Ryugu.

Fragments of asteroids can sometimes break off and become shooting stars or meteorites if they fall to Earth. In rare cases, some of these meteorites contain a record of similar pristine solar system materials.

Yet these samples from Ryugu, the first of their kind retrieved from an asteroidal surface, provide significant new insight on early solar system evidence.

Brearley says the samples show that meteorites, although remarkably unscathed by their journey to Earth, have still undergone a change in interacting with Earth’s atmosphere.

“They change. They absorb water, the minerals alter, there are all sorts of things going on,” he added.

In contrast, the Ryugu samples represent the most pristine, unmodified, fine-grained materials in an asteroid.

During the next round of sample distributions, Brearley hopes to follow up on the specific types of pristine unaltered materials, their measurements, as well as how it all compares to meteorites.

He attributes some of his excitement to a remarkable experience with JAXA and The Hayabusa2 Initial Analysis Team.

“The whole design and execution of the mission and the science that comes out of it was extraordinary. It was an amazing achievement, and done with such precision and calm,” he said.

The type of material which forms asteroids and the timeline to completion are still not fully understood. The Ryugu sample and its subsequent studies are the next step in getting those answers, and will be studied internationally as a new Solar System reference material.

You can read the full study here.