It’s never too late to start exercising. That’s been an adage tossed around by health experts for decades.

While there are different recommendations for different age groups for how often and how long one should exercise, the bottom line has typically been that growing older does not mean you should stop moving.

But, according to new research underway from UNM anthropologist Ian Wallace and Exercise Science faculty members Fabiano Amorim and Christine Mermier, there may be extra challenges in keeping to this commitment for older individuals.

These researchers are collaborating on a study to answer the question of whether aging affects the ability of the body to recover after a long session of exercise. That could indirectly contribute to answering an even bigger evolutionary quandary.

“The big evolutionary question is whether human bodies evolved to remain highly physically active over long lifespans,” Wallace said. “It’s a question for which there should be an obvious answer, but it remains unclear.”

“There are reasons to suspect that as we age, the tissues in our bodies are less able to repair themselves after exercise,” Amorim said. “However, measuring tissue repair directly can be challenging, especially in older people. In this study, we’re assessing recovery from exercise in an indirect way, by measuring changes in energy metabolism.” 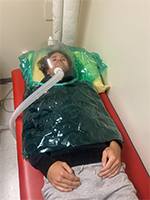 To investigate their important questions, the team is recruiting 15 young (ages 18-35) and 15 older individuals (ages 60+).

For two consecutive days in a lab in the Johnson Center, each participant is connected to a metabolic cart while their oxygen consumption is measured. That consumption is equivalent to metabolic rate, and is looked at before and after walking on a treadmill for two hours.

“That's really what we're most interested in, to see how a session of exercise elevates metabolic rate post-exercise,” Wallace said.

After exercise, the researchers measure what’s called excess post-exercise oxygen consumption (EPOC). Also known as afterburn, Wallace says it’s that feeling you get of heavy breathing after running intensely, like the length of a football field.

EPOC is measured in a quiet room, where all the expired gasses are collected. The researchers are comparing oxygen consumption post-exercise between older and younger people to assess how long it takes for their metabolism to return to normal, pre-exercise levels.

“We use the measurement of EPOC to determine the amount of energy used by the body to repair and maintain tissues after exercise. This is a way to indirectly measure the repair mechanism activated by exercise ” Amorim said.

EPOC is not only related to tissue repair. The higher the EPOC, the more energy your body is using to repair and maintain your body. Less energy is also being stored as fat. Usually, the less fat accumulation, especially belly fat, the better exercise is for health and extending lifespan.

“Hopefully, our research will encourage people to better appreciate the importance of physical activity throughout the course of life,” Wallace said.

There are still opportunities to join. The researchers are recruiting for the age ranges previously mentioned. Each participant will be compensated $150. Anyone interested can contact Ian Wallace or Fabiano Amorim.

Learn more about the exciting research underway in the Department of Anthropology and Health, Exercise and Sports Sciences. 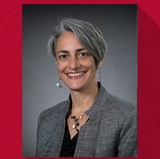