Two groups at The University of New Mexico sought to uncover the need and estimate the costs of modernizations to the state legislature that would include staffing, legislator compensation, and session scope and length. Lawmakers will weigh both of the individual reports from the Bureau of Business and Economic Research and UNM Political Science Professors Timothy Krebs and Michael Rocca as they consider changes in the 2023 legislative session.

Last spring, the state legislature appropriated funds for the Bureau of Business and Economic Research (BBER) to investigate topics that have, in previous years, stirred controversy at the Roundhouse. Specifically, BBER was charged with surveying and interviewing members of the legislature to determine how often legislators were working without compensation if they felt they needed more staff, how they felt about session length and structure and whether or not they thought legislators should be paid.

New Mexico is the only state in the country that does not pay its state legislators a salary, but the BBER study found that nearly 83% of legislators surveyed believe they should be compensated for their work. As of now, New Mexico’s legislators only receive mileage and per diem.

Rose Elizabeth Rohrer, the lead BBER research scientist on the study, said support for the research has been mixed and BBER staff have worked hard to collect a sample of legislators representative of all party affiliations and areas of the state. Party affiliation was left optional on the legislator survey.

“We’ve been trying to really protect people’s opinions. These are bipartisan issues, but a lot of people don’t want to say so,” Rohrer said. “It’s bad optics to say, 'I want to pay myself.’”

Legislators and staff took anonymous surveys and could opt-in to be interviewed. All the identifying data was scrubbed for confidentiality so participants could feel comfortable sharing their opinions.

In the survey, 90% of legislators reported working 30 or more days a year without any compensation, meaning they were not paid a per diem or travel reimbursement. For many, that means paying to be a state legislator. Some legislators reported losses of more than $10,000 in money spent on gas, hotels and car maintenance while on official business because of discrepancies in what are considered necessary duties. One legislator reported losing nearly $40,000 during one session in travel and repairs. Legislators who live farthest from Santa Fe and who represent the largest districts are at a particular financial disadvantage, according to Rohrer. Drives to meet with constituents for meetings or other purposes are not covered by travel reimbursement.

“It does feel underfunded. Whether it’s salary or not, it does feel like they are under-supported financially and with staff.” - Rose Elizabeth Rohrer

Though similar studies have been done on other state legislatures, BBER’s study is unique in its inclusion of staff in the survey and interview process. According to Rohrer, staff interviews and surveys revealed a problem with understaffing and the misutilization of staff. Staff described being overworked and frequently asked to work outside their job descriptions. Only a third of staff reported they believe legislators know what staff do.

The sentiment was shared by legislators, some of whom said they did not understand the services available to them from staff until they’d been in office for several years. That’s a problem when some state legislators only serve one two-year term.

“There is a misunderstanding of what can be done in the existing institutions. How can we better keep legislators informed without putting the burden on them to stay informed? Because they don’t have a salary. It’s all tangled.” - Rose Elizabeth Rohrer

The study revealed other challenges legislators and staff face, too.

“Because of the way certain staff are appointed or elected, there is also sometimes a mistrust across party lines about whether the staff will keep your information confidential,” she said. “There are multiple problems meaning that our staff is both overutilized and misutilized and throwing more staff at the problem will help, but it’s not going to be a perfect solution, that's something that came across in the staff interviews and survey.”

Rural legislators, who described being regularly contacted about issues like trash service and other problems voters faced, would like assistance with constituent services. Legislators in urban areas more frequently asked for assistance with scheduling and research. Should staff positions be created to assist legislators, Rohrer said it is likely the staff would be a new state employee classification and would need a wide variety of skills.

BBER’s study, which will be made public in the coming weeks, sought only to identify, as anonymously as possible, how legislators feel about the issues. Formal recommendations from BBER were limited to what needs additional staff would have and the study did not advise the legislature on what it should do about pay, session length or other issues. However, a separate report from two UNM professors compared state legislatures and advised several changes.

UNM Political Science Professors Timothy Krebs and Michael Rocca are also part of the effort to bring the state legislature into the future. 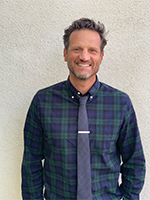 The two collected data on the state of state legislatures around the country. The result took three criteria into consideration. New Mexico was already towards the bottom when it came to staffing and session length, but came in dead last for pay.

“We think that there would be real benefits to the public in that regard by increasing the capacity of the legislature to function like a real legislature,” Krebs said. “We've got a part-time legislature and they have difficulty with no pay and very limited staff.”

New Mexico’s Constitution has remained somewhat unchanged since its creation in 1912, which includes the same stipulation of how lawmakers should be compensated. It reads:

“Each member of the legislature shall receive: A. per diem at the internal revenue service per diem rate for the city of Santa Fe for each day's attendance during each session of the legislature and the internal revenue service standard mileage rate for each mile traveled in going to and returning from the seat of government by the usual traveled route, once each session.”

Although lawmakers are reimbursed with a small per diem each day to cover travel expenses, oftentimes, legislators use remaining campaign funds to help make up the difference.

“The Constitution was written in 1912 and it still reflects that,” Krebs said. “There hasn't been much change for the legislature and, you know, over 100 years, the world has become more complex.”

Still, Krebs says that is not the biggest issue. It’s a cyclical one that would be largely repaired by staff and session length. As stated in the state constitution:

“The governor of the state, immediately upon his qualifying and entering upon the duties of his office, shall issue his proclamation convening the legislature at the seat of government on a day to be specified therein, not less than thirty nor more than sixty days after the date of said proclamation.”

With the timing, and staff two capacity repaired, Krebs said it could generate a new wave of benefit for both the state and its taxpayers, with many bills unable to beat the clock. 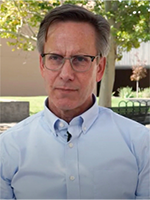 “People ask ‘why did lawmakers do that?’ ‘Why did they not respond to that problem?’  Well, they ran out of time,” Krebs said. “They don't really have the ability in a 30 day or a 60 day session to really dive into the issues in a way that the public would really benefit from.”

Although it has been amended a few times before, changing a state constitution is no easy feat. Doing so for pay, the length of the legislative session, all while pushing for staff, would require the eventual approval of New Mexico voters.

Conversations about modernizing the legislature have grown louder in recent years because of how the state and country have evolved. Things like poverty, the environment, and criminal justice are not always clear cut.

“There's growing recognition that our legislature is just not able to effectively address the issues that the state confronts, which are really complex. We have a lot of issues that are left on the table every session that the legislature doesn't get to each year.” Krebs said.

Krebs noted it’s important to understand lawmakers themselves do not lack professionalism. The absence of the three key factors detailed in the report is what makes the Roundhouse as a whole, less professional and modern.

With the start of this year’s legislative session on Jan. 17, state lawmakers could be considering the results of these reports soon.

Still, with multiple failed resolutions to make it happen in previous sessions, proposing and passing these changes could spotlight one of the very issues lawmakers are trying to fix: time.

Individuals can read Krebs and Rocca’s full report on the state of the legislature at The Thornburg Foundation. BBER’s study will be available to the public at the end of January.  UNM Day at the Legislature is Jan. 30. 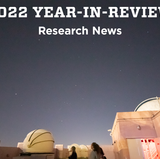