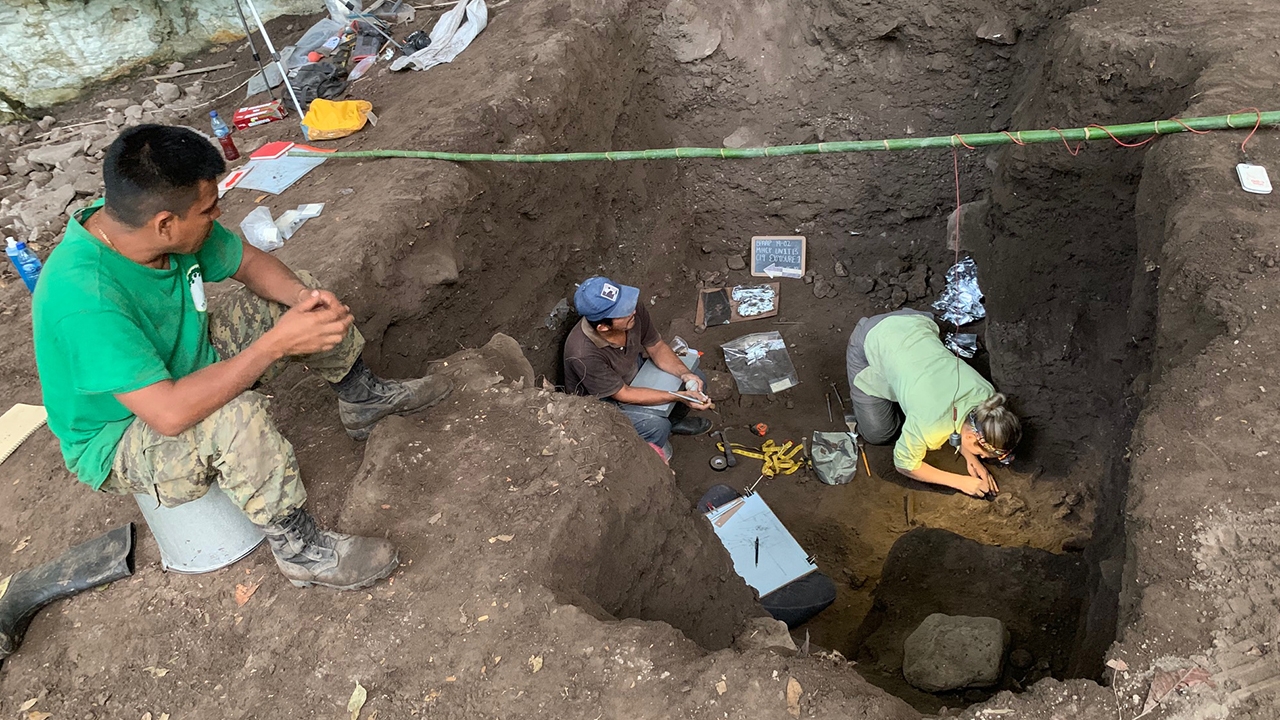 From the perspective of Central and South America, the peopling of the New World was a complex process lasting thousands of years and involving multiple waves of Pleistocene and early Holocene period immigrants entering into the Neotropics.

Paleoindian colonists arrived in waves of immigrants entering the Neotropics, a region starting in the humid rainforests of southern Mexico before 13,000 years ago and brought with them technologies developed for adaptation to environments and resources found in North America.

As the ice age ended across the New World people adapted more generalized stone tools to exploit changing environments and resources. In the Neotropics these changes would have been pronounced as patchy forests and grasslands gave way to broadleaf tropical forests. 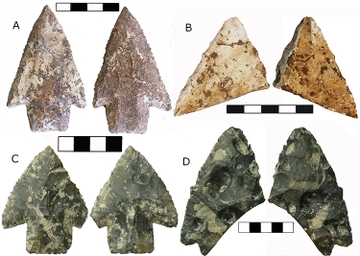 “This is an area of research for which we have very poor data regarding early humans, though this UNM-led project is expanding our knowledge of human behavior and relationships between people in North, Central and South America,” said lead author Keith Prufer, professor from The University of New Mexico’s Department of Anthropology.

This research, funded by grants from the National Science Foundation and the Alphawood Foundation, focuses on understanding the Late Pleistocene human colonization of tropics in the broad context of global changes occurring at the end of the last ice age (ca. 12,000-10,000 years ago). The research suggests the tools are part of a human adaptation story in response to emerging tropical conditions in what is today called the Neotropics, a broad region south of the Isthmus of Tehuantepec (in S Mexico).

As part of the research, the team conducted extensive excavations at two rock shelter sites from 2014-2018. The excavation sites, located in the Bladen Nature Research, are almost 30 miles from the nearest road or modern human settlement in a large undisturbed rainforest that is one of the best protected wildlife refuges in Central America.

“We have identified and established an absolute chronology for the earliest stone tool types that are indigenous to the Central America,” said Prufer. “These have clear antecedents with the earliest known humans in both South America and North America, but appear to show more affinity with slightly younger Late Paleoindian toolkits in the Amazon and Northern Peru than with North America.” 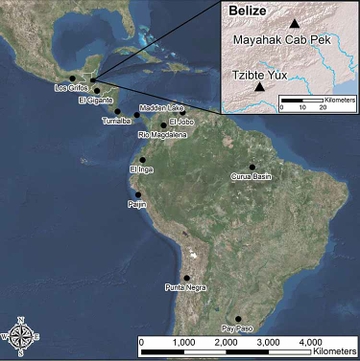 “The tools were developed at a time of technological regionalization reflecting the diverse demands of a period of pronounced environmental change and population movement,” said Prufer. “Combined stratigraphic, technological, and population paleogenetic data suggests that there were strong ties between lowland neotropic regions at the onset of the Holocene.”

These findings support previous UNM research suggesting strong genetic relationships between early colonists in Central and South America, following the initial dispersal of humans from Asia into the Americas via the arctic prior to 14,000 years ago.

“We are partnering with Belizean conservation NGO Ya'axche Conservation Trust in our fieldwork to promote the importance of ancient cultural resources in biodiversity and protected areas management,” said Prufer. “We spend a month every year camped out with no access to electricity, internet, phone or resupplies while we conduct excavations.”

This field research involves several UNM graduate students in Archaeology and Evolutionary Anthropology as well as collaborators at Exeter University (UK) and Arizona State University.  The analysis for this study was done in part at UNM’s Center for Stable Isotopes, as well as with co-authors at Penn State and UC Santa Barbara. At UNM this involved the new radiocarbon preparation laboratories which are part of the Center for Stable isotopes, one of the anchors of UNM’s interdisciplinary PAIS research and teaching facility.

The senior co-authors are world leaders in the study of early humans in the tropics and are committed to conservation efforts of cultural resources and regional biodiversity. Additionally, Prufer’s long-term collaboration in indigenous Maya communities in the region was critical to the success of this project.

“This research suggests that further exploration of links between early humans living in the neotropics are needed to better understand how knowledge and technologies were shared, and will contribute to our understanding of processes that eventually led to the development of agriculture and sedentary communities,” said Prufer. “Further studies on how these tools were used for food processing will be a key aspect of this research.”