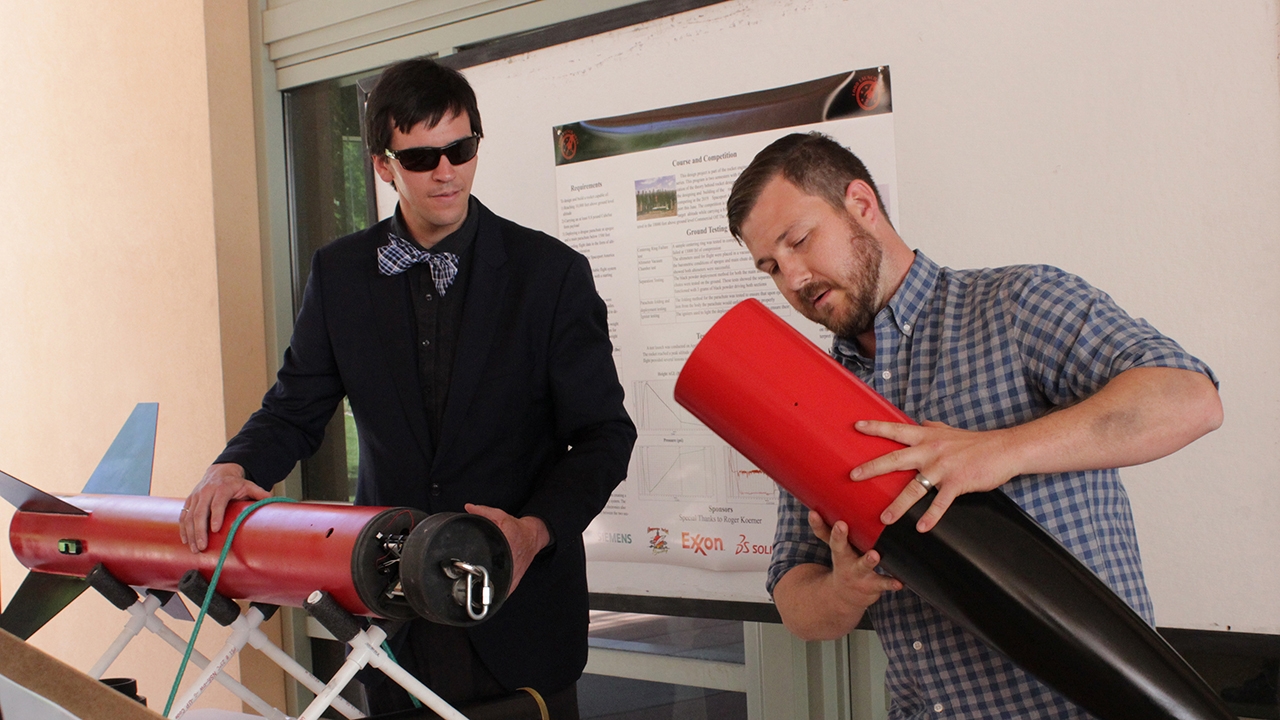 For the first time ever, a group from The University of New Mexico will be competing in the Spaceport America Cup, which will be held June 18-22 between Las Cruces and Truth or Consequences, N.M.

UNM’s Lobo Launch team, which includes 21 mechanical engineering students (12 of whom are traveling to competition), built a rocket over the last year and a half that will compete for a target altitude of 10,000 feet (some teams are competing in the 30,000-foot competition). Teams from more than 100 schools nationwide will be in the competition.

Victoria Ramirez, Lobo Launch team lead, said the team made a lot of changes from the first launch in 2017 to streamline the process, such as choosing an off-the-shelf motor, having the test stand built, and making the rocket substantially smaller than its predecessor, which was 47 feet tall. In contrast, this year’s rocket is 79 inches tall.

“There was still a lot of engineering in this rocket,” said Ramirez, who volunteered with Lobo Launch teams the past two years. “We 3D printed the electronic bay and the centering rings.”

They decided to become part of the Spaceport America Cup, partially to give the team some prescribed guidelines they could follow to save time and resources, and ensure a successful launch.

Ramirez said being a part of Lobo Launch the last couple of years taught her “what worked and what didn’t work.” The 2017 rocket exploded in mid-air, partially due to the wings coming loose, so this rocket was designed with wings that go through the body of the rocket.

She said the team also worked closely with more experienced rocket engineers with the Albuquerque Rocket Society, who gave the team a lot of advice. They also are able to use the group’s FAA flying permit, which saved the team money and time.

Ramirez, who graduated from UNM with a bachelor’s degree in mechanical engineering in May, will be starting a job in July at Verus Research, where she has interned for a year. She said the experience of working on the Lobo Launch project gave her a lot of real-world experience that will help her transition from the academic world to the corporate one.

“I learned primarily that communication is key,” she said. “It’s also important to learn how to work with vendors and always have extras of parts. And having connections, like those we formed with the Albuquerque Rocket Society, was crucial.”

Ramirez, an Alamogordo, N.M., native who attended space camp as a youth, first set her sights on becoming a doctor and was a chemical engineering major. She was looking to get involved in more student groups and started attending American Institute of Aeronautics and Astronautics (AIAA) student group meetings. She had decided to change majors and became increasingly more involved in the group.

“I was hooked,” she said. “I fell in love with engineering. Being a doctor, you can do incredible things. You can perform miracles, and even bring people back from the dead, but being an engineer, you can design something that could ultimately change the world.”

Lobo Launch is a senior design program that allows students to design, build, and launch an amateur rocket. The first student-built rocket launched in May 2017. Students in the project are enrolled in a 400-level, two-semester mechanical engineering course called Rocket Engineering, where they learn about rockets, structures, and propulsion systems. The program gives students a way to get hands-on experience in an aerospace project before earning their degrees.

Although the Lobo Launch team is currently made up of all mechanical engineering students, Ramirez said that there is hope that the program will expand to include other majors varying from business and graphic design to other types of engineering majors. Ramirez said the team is hoping for a successful launch at competition (they have had two successful practice launches) and to be able to lay the foundation for future rocket teams. But she admitted that rocket science has a reputation of being difficult for a reason.

“Rockets can be hard to predict,” she said. “You do your best with simulations. We try to account for everything, but there’s a lot to account for.”

Roger Koerner, a 1968 graduate of mechanical engineering, funded the majority of Lobo Launch this year. Other sponsors were Exxon, Albuquerque Rocket Society, Solid Works, Siemens, and Commercial Real Estate Management. Ramirez estimated the cost of this year’s rocket at around $11,000. The program is funded mostly by private donations, which can be made online. 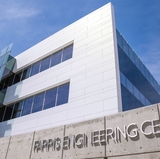