Sociology Professor Susan Tiano, who also directs the University of New Mexico Latin American & Iberian Institute, has been appointed for a three-year term to the Inter-American Foundation's (IAF) Advisory Council.

"It's an incredible honor for me to have been selected to serve on the IAF Advisory Council. In the three-and-a-half decades I've spent teaching and researching in the field of gender and development, I've witnessed first-hand what remarkable results can be achieved through small infusions of funds such as those supplied by the IAF's grassroots development initiatives," Tiano said.

Natasha Kolchevska, UNM associate provost for international initiatives, said, "This is an important appointment for UNM and for Dr. Tiano, one of UNM's leading specialists in the field women and development in Latin America. At a time of shrinking budgets for American foreign aid, the IAF is a shining example of how academic expertise can guide grassroots initiatives to create positive outcomes for a broad range of collaborators in the Western hemisphere."

The IAF, an independent U.S. government agency, was created by Congress in 1969 to channel development assistance directly to the organized poor in Latin America and the Caribbean. The IAF has carried out its mandate by responding with grant support for the most creative ideas for self-help received from grassroots groups and nongovernmental organizations in response to its annual call for proposals. It also encourages partnerships among community organizations, businesses and local government directed at improving the quality of life for poor people and strengthening democratic practices. To contribute to a better understanding of its approach, the IAF shares its experiences in its publications and at international events.

In awarding its development grants, the IAF works to assure participation of indigenous peoples, African descendants and persons with disabilities, and encourages their inclusion in political and social processes. By supporting the best ideas emerging from the region, its program has strengthened a vast structure of community groups and nongovernmental organizations that has become a highly effective and transparent channel for productive foreign assistance. Together, the IAF and its grantees have benefited hundreds of thousands of poor families in communities throughout the hemisphere.

The IAF is governed by a board of directors appointed by the president of the United States and confirmed by the U.S. Senate. Six members are drawn from the private sector and three from the federal government. A president, appointed by the board, serves as the Inter-American Foundation's chief executive officer, managing a staff of 47 employees based in Arlington, Va. In creating the Inter-American Foundation, Congress provided for the establishment of an Advisory Council to the Board of Directors. Its members are "selected by the Board from among individuals knowledgeable concerning developmental activities in the Western Hemisphere."

Tiano's areas of interest and expertise include gender and development, comparative political economy/globalization, sociology of work, sociology of knowledge, and political sociology. In recent years her work has focused on women in Latin America, particularly within the context of the U.S.-Mexico maquiladora industry. Tiano earned a B.A. and M.A. from Colorado State and a Ph.D. from Brown University, all in sociology. She received the Regents' Lecturer and President's Lecturer awards as well as the Alumni Association's Faculty Teaching Award.

Tiano said, "I'm eager to share my expertise to help further the IAF's important work, and to help forge vital and long-lasting connections between the IAF, the LAII, and the UNM community so that we can collaborate to promote sustainable, community-centered development in Latin America." 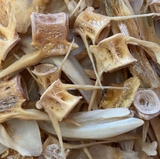