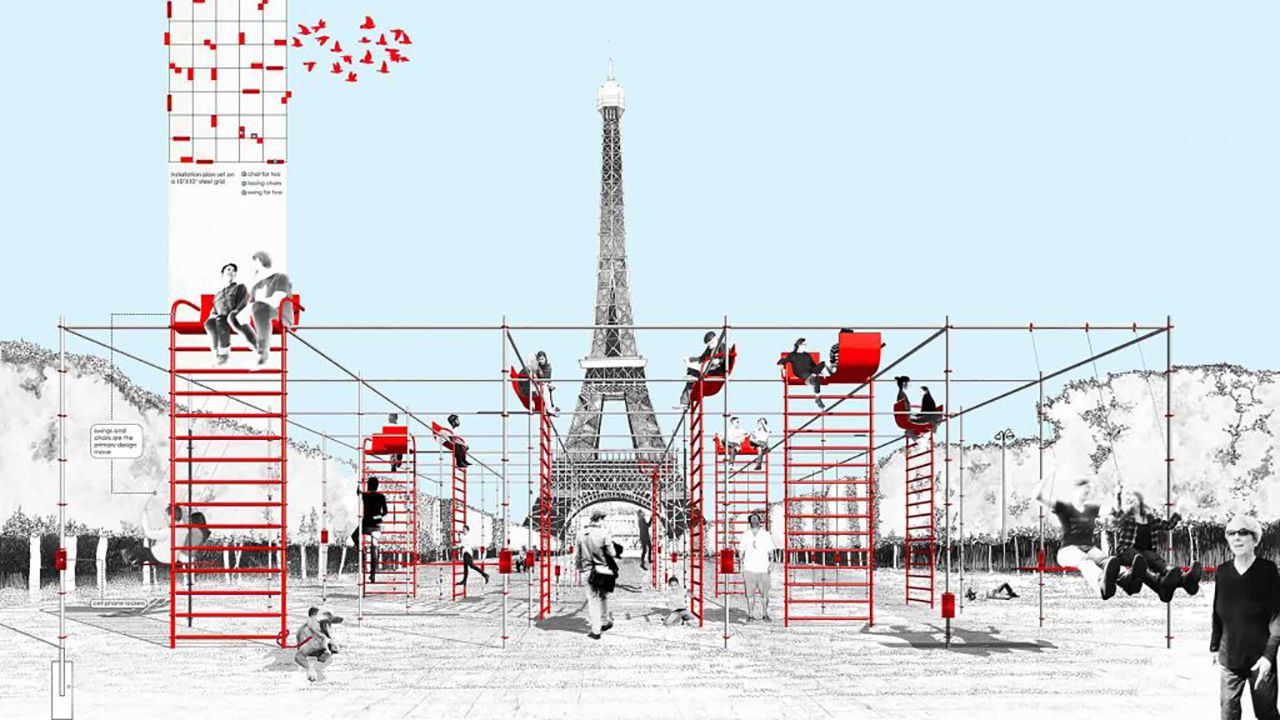 Crawford, Kambic and Gonzalez Lara won first place for their design at the international "reThinking Competitions". 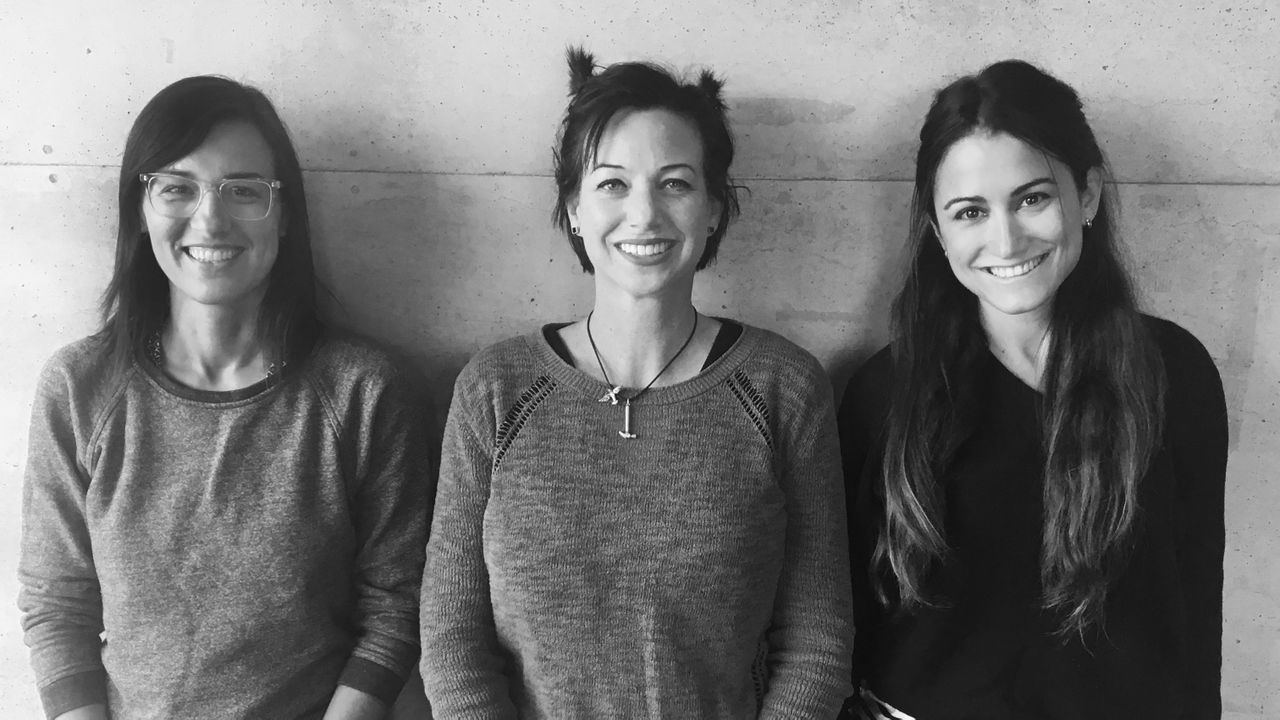 The trio only recently started collaborating, but have already brought home awrds. 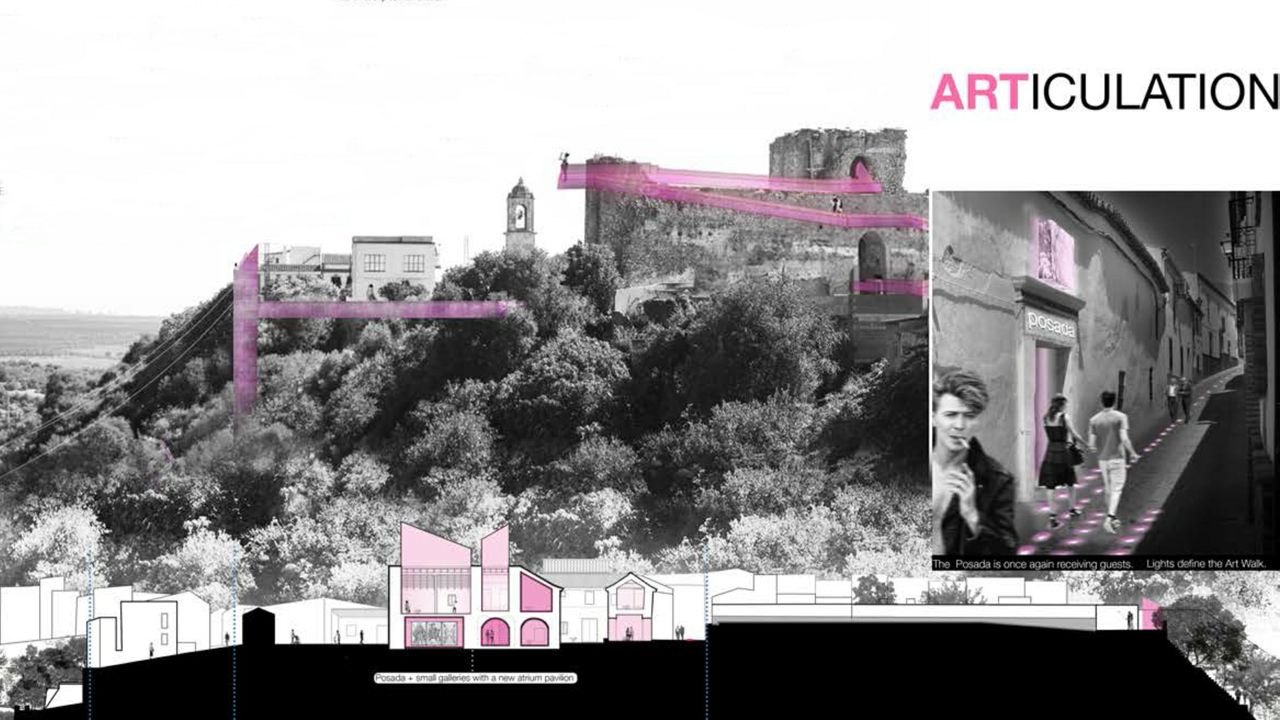 By joing forces, the three are combining expertise in architecture, landscape and design.

Faculty members at The University of New Mexico School of Architecture and Planning (SA&P) are using their competitive nature to bring international attention to UNM.

“A competition is good for design research for the tenure track. As it was Ane and Kathy’s first semester,” Crawford said, “one always knows how important tenure is; it stays in the back of the mind. I wanted them to not be worried, but to enjoy the start of their process.”

"We were ambitious, and it worked to our advantage." - Ane Gonzalez Lara

According to Mark Childs, associate dean for research at SA&P, the competitions allow faculty and students to present their work for review by design professionals in academia and in practice. Crawford says she saw the competition prep as a way for the three to work together, while still working towards peer-reviewed material.

“It was a very positive experience. Katya is great at bringing people together,” Kambic said. “I didn’t even know Ane before our collaboration. We were optimistic – we had no expectations or worries. We just went for broke.”

The three collaborated on an international urban design competition, “Rethinking Competitions: Hornachuelos, Spain”, with a plan to activate the downtown area of the city.

“Our design infused the art of different artists with site installations in the forest next to the village. We also designed a path connecting the site with the old castle,” Gonzalez Lara said.

The three and their students got a lot out of the experience; and their entry, “ARTiculation,” took third.

“We were ambitious, and it worked to our advantage”, Gonzalez Lara said.

But given that it was their first foray into a design competition, it was a success.

“We had a good time working together, which was good when we decided to collaborate again on a Paris design competition,” Crawford said.

France is familiar terrain for Crawford. She and two other collaborators won the 2012 International Garden Festival, Domaine de Chaumont-sur-Loire, with their design “Foxes in the Garden.”

The team of Crawford, Kambic and Gonzalez Lara won first place and €1,500 in the “What’s up Paris” competition hosted by reThinking Competitions. Crawford was the artist for the group, and says she enjoyed exploring how to feature their ideas.

“Representation can test ideas – in this case designing cell phone free zones in a park near the Eiffel Tower,” she said.

Their idea was to create chairs that are 16 feet in the air so that people would have to use their hands to climb up. They also designed locker spaces so visitors could store their stuff, including their cell phones. Gonzalez designed the scaffolding and chairs; Kambic created a set of double swings.

Crawford hand drew the Eiffel Tower and trees and collected the other images. She also included photos of her dogs and her mom.

“The project brought me great joy. I didn’t care if we won, but Ane had a good feeling,” she said.

“We saw the Paris competition as whimsical. It was so clear that it was an ideas project. It was about people and life, not liabilities,” Kambic said, adding that not being hindered by a budget made the exercise fun and imaginative.

The three say they are already looking for another competition; and are excited about finding new ways to work together while challenging themselves and their students.

Tags: School of Architecture and Planning