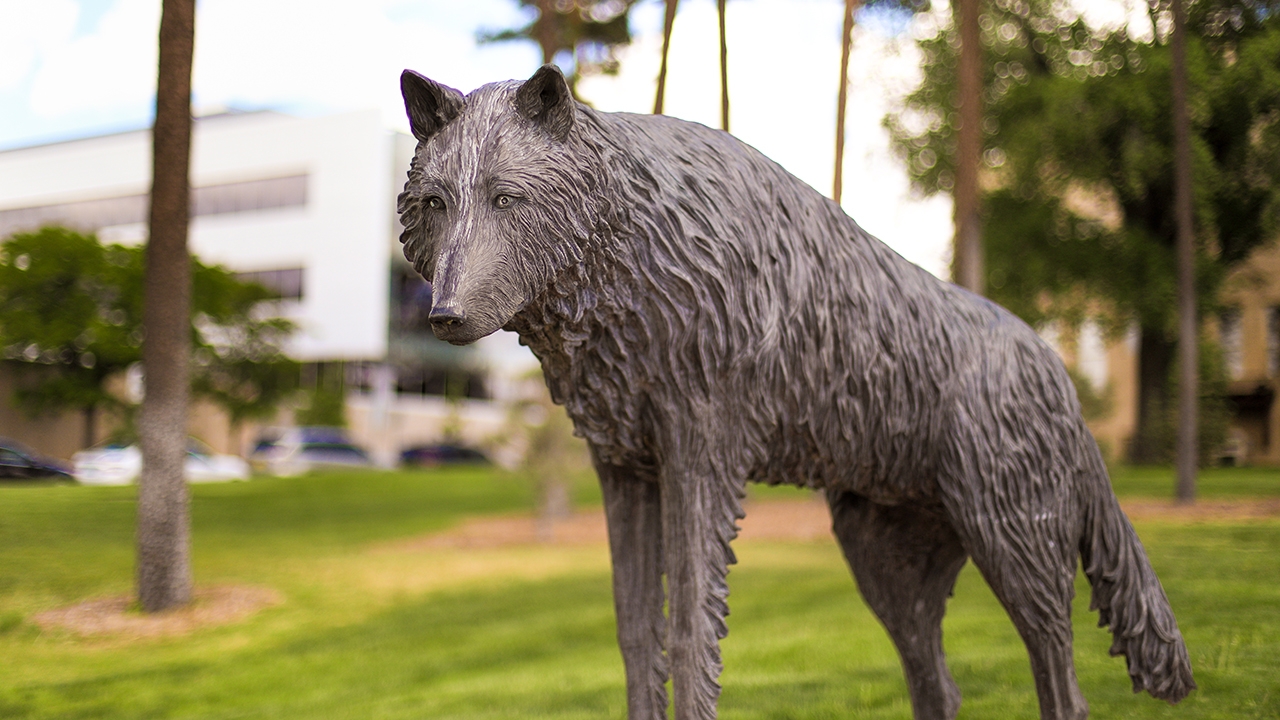 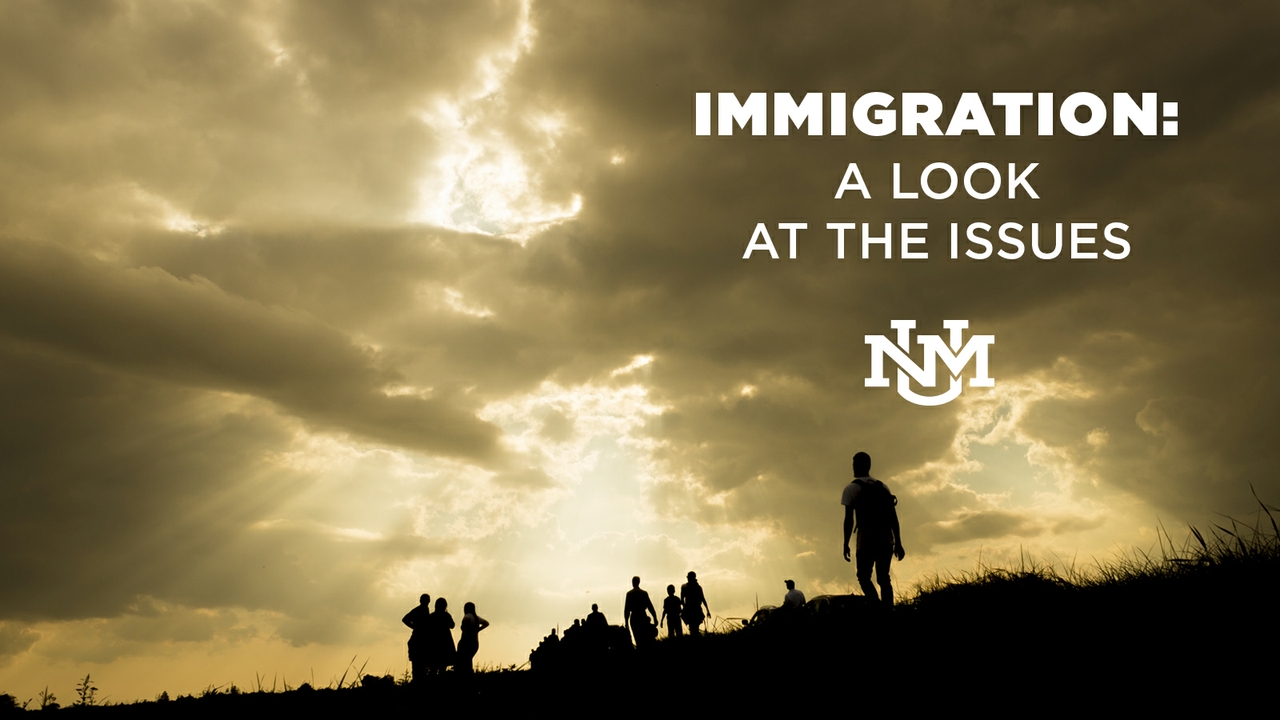 Immigration: A Look at the Issues 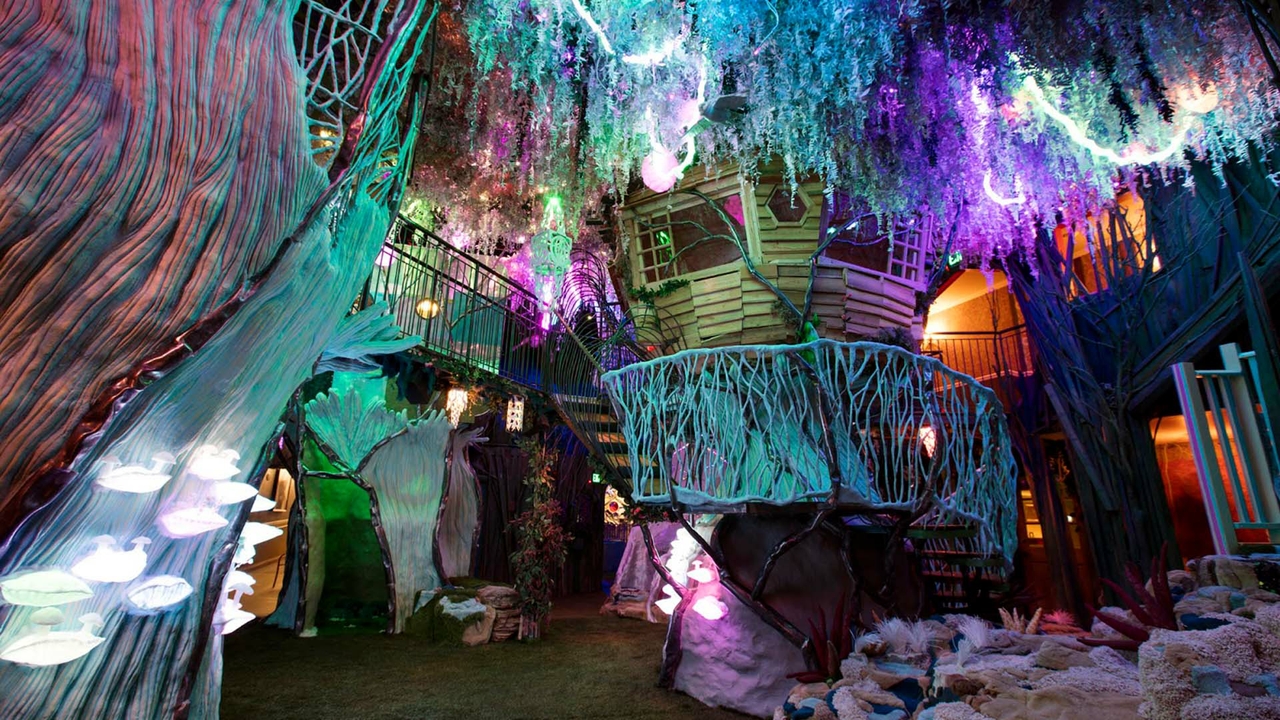 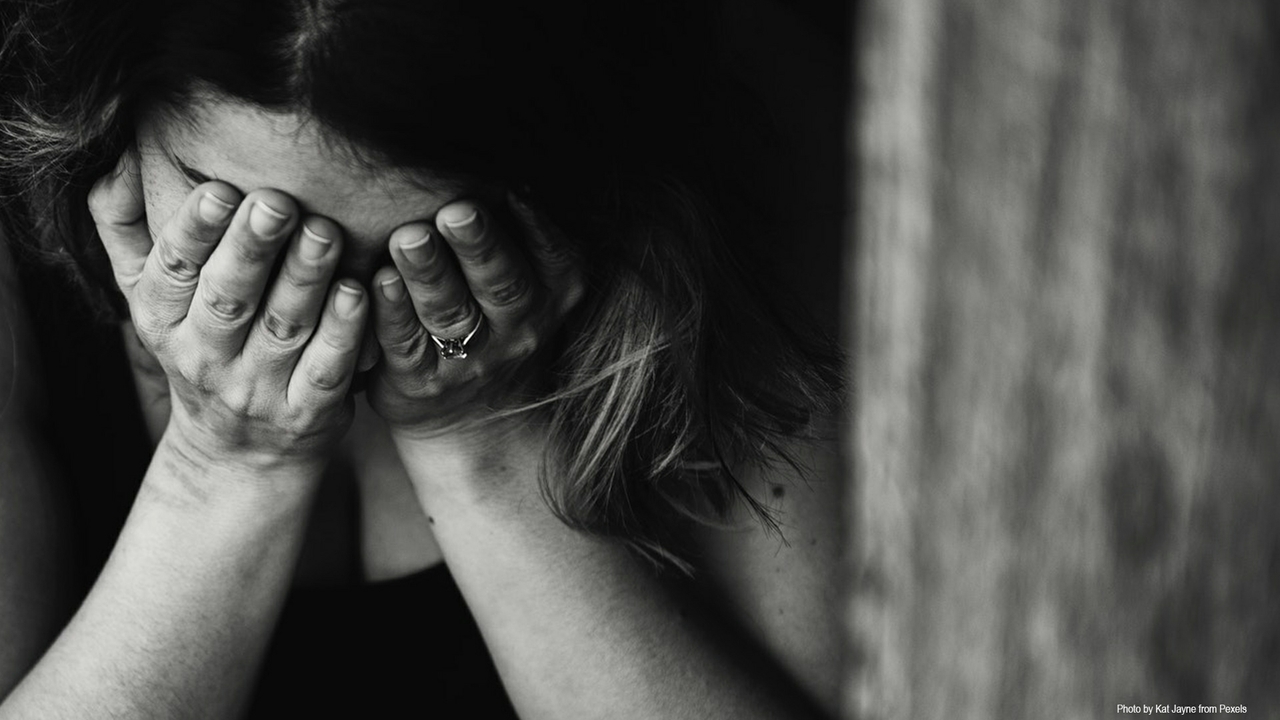 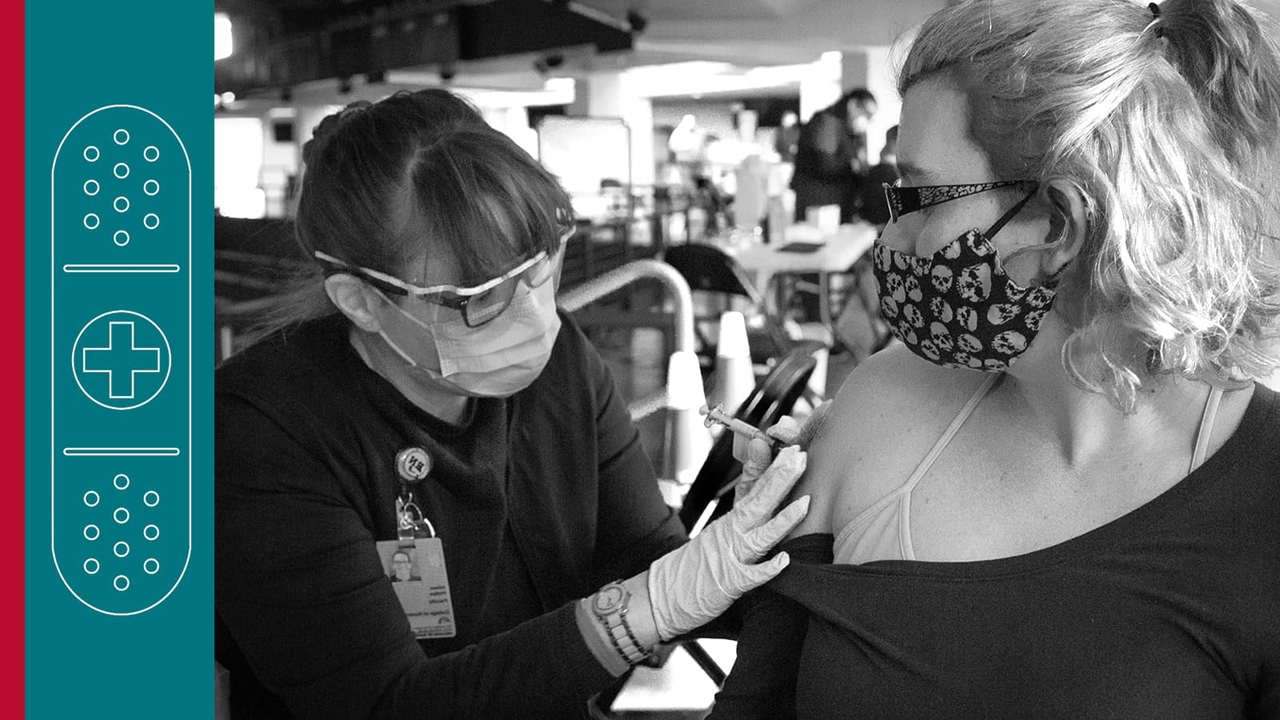 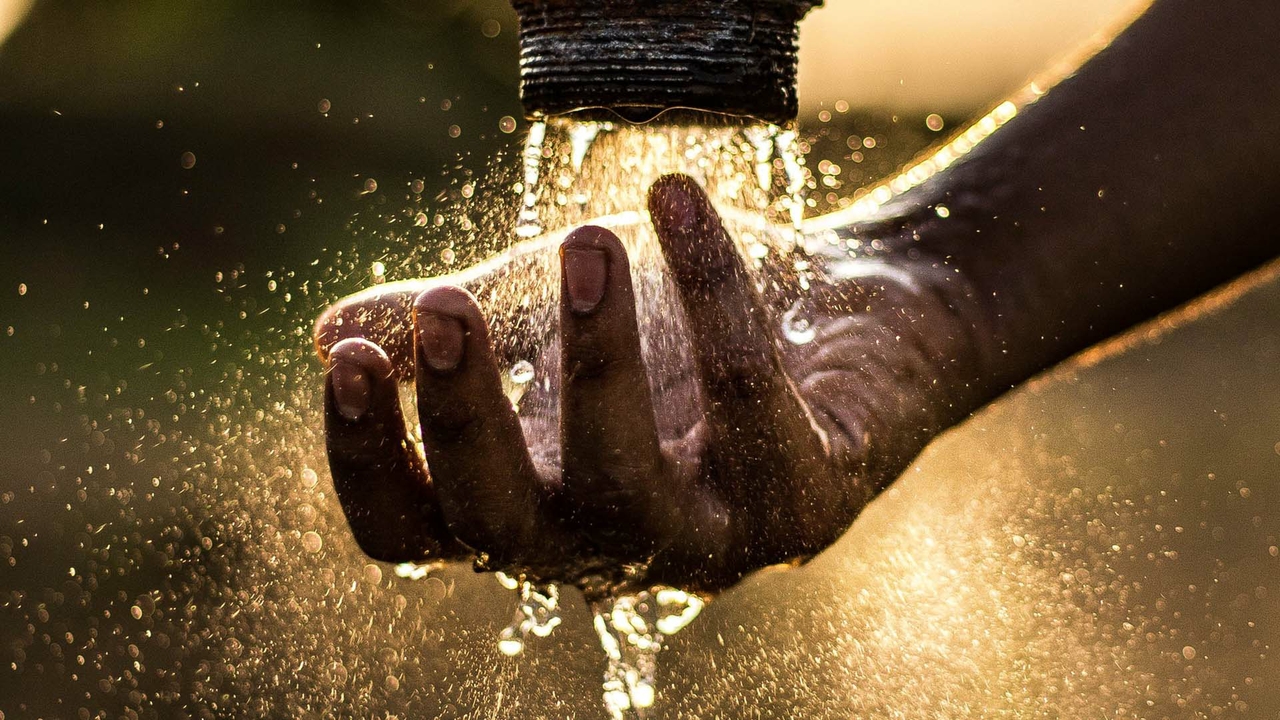 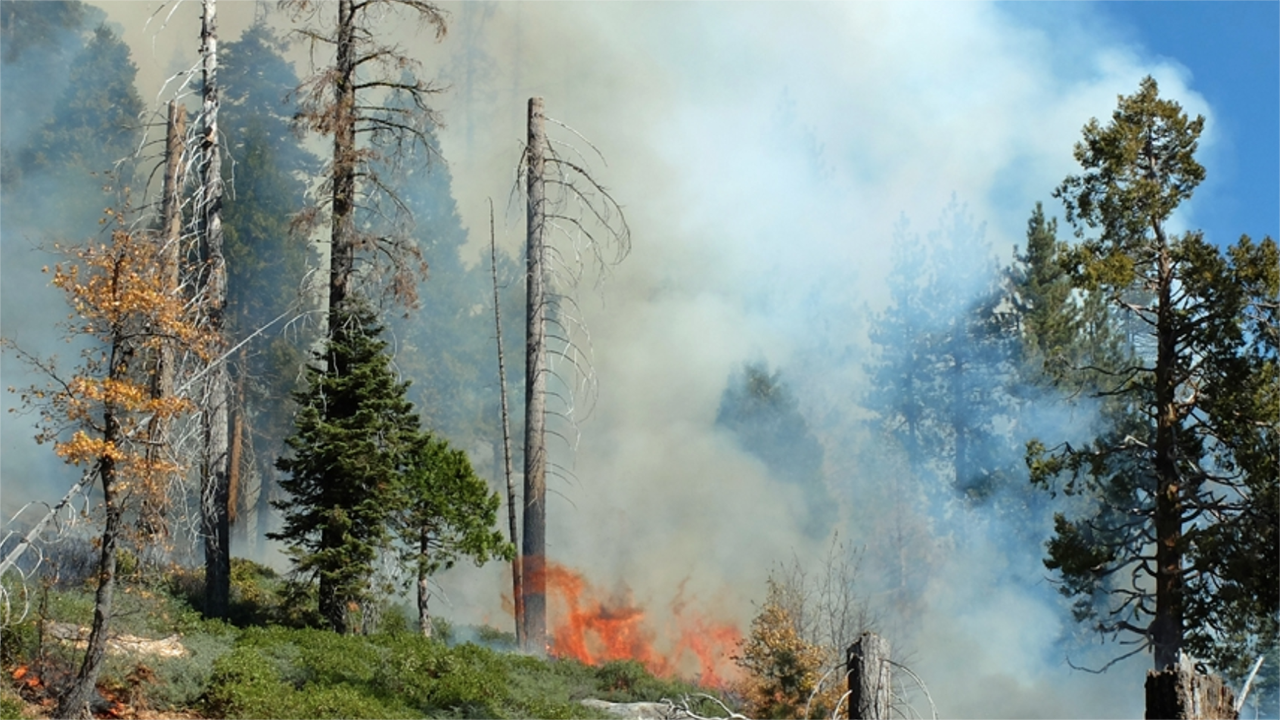 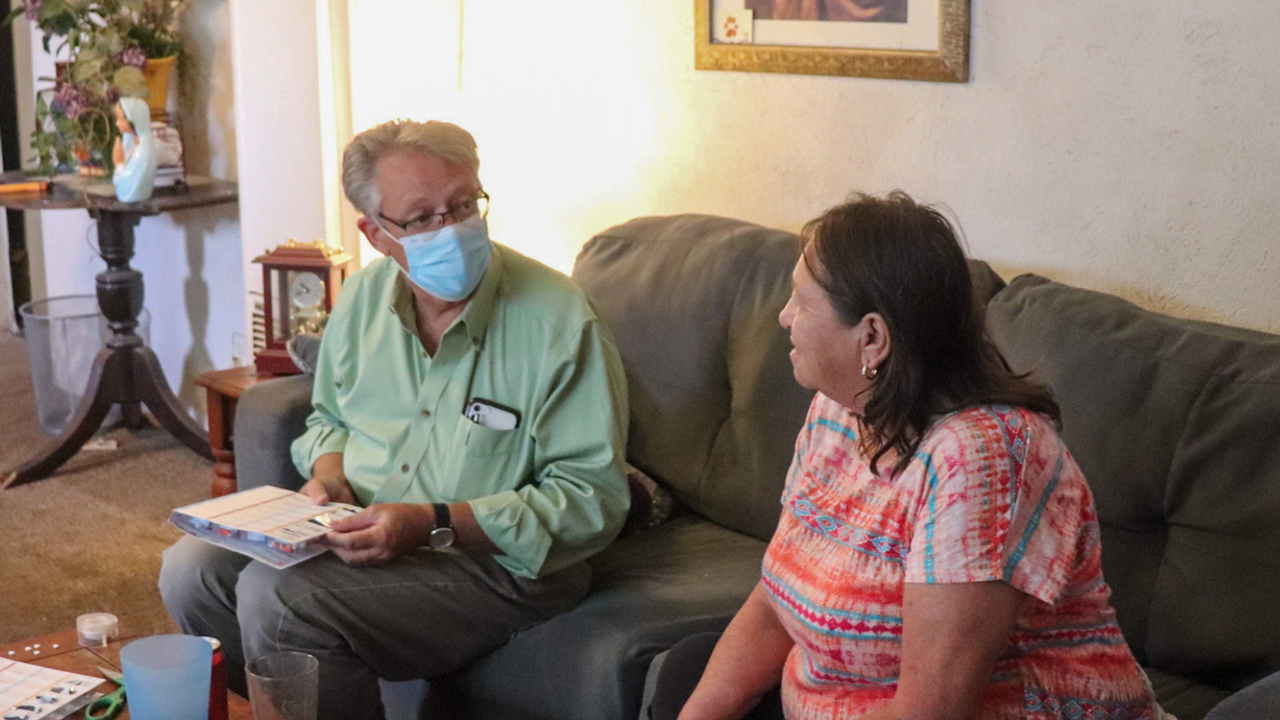 ACT is a UNMH program

that works with people living with mental illness. 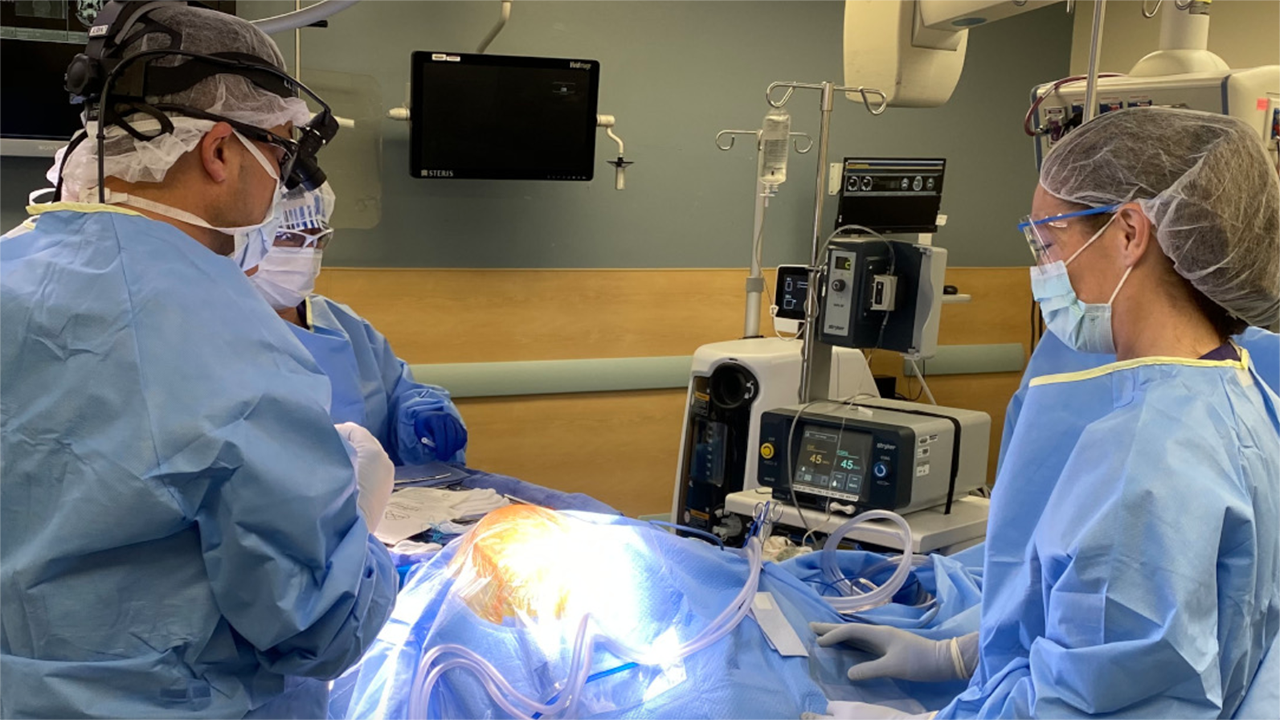 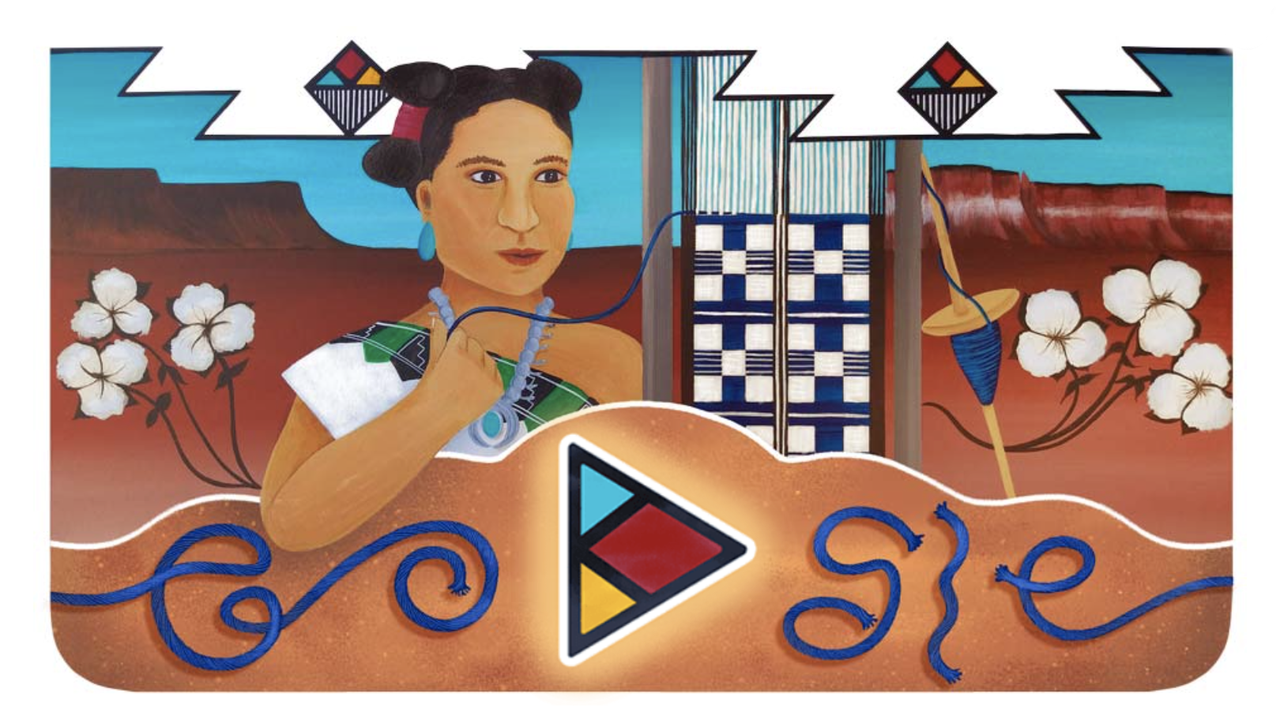 As part of University Communication and Marketing's (UCAM) annual Year-in-Review, the communications staff compiled its selections for general and research news and feature stories across campus during the course of the calendar year. Below is a select list of those 2021 main campus and Health Sciences Center stories highlighting UNM students, faculty, staff and alumni accomplishments.

Unprecedented: Lobos describe a year of virtual services at UNM
Three days before University of New Mexico President Garnett S. Stokes and leadership made the arduous decision to further protect the Pack from a virus that was quickly moving its way into the state, a bustling campus-life of 40,000 faculty, staff and students flooded hallways and classrooms - for so many it would be at least a year before they returned in-person. Behind the scenes, the University was gearing up for what would turn out to be a year of unprecedented and trying times.

Immigration: A look at the issues
As part of Hispanic Heritage Month, University Communication and Marketing (UCAM) will publish a series of stories highlighting immigration issues and concerns. The series is titled Immigration: A Look at the Issues. The stories covered a variety of topics including immigration legislation, immigration and private prisons, the crisis in Afghanistan, DACA and climate change and immigration to name a few. Below is a complete list of stories included as part of the series, which began on Sept. 15 in conjunction with Hispanic Heritage Month and concluded Oct. 29.

UNM proposal wins NASA MINDS Challenge
The proposal submitted by the UNM CHILI HOUSE Team won first place in the NASA MINDS Challenge, beating out dozens of other teams across the country. The UNM team of interdisciplinary researchers based its submission on teaching robots to take care of plants on Mars – a big step towards having viable food available for astronauts when they land on the Red Planet.

UNM Center helps craft national survey on COVID-19 Vaccine hesitancy
Gabriel Sanchez and Shannon Sanchez-Youngman at The University of New Mexico are helping lead a national effort to understand effective COVID-19 vaccine messaging and hesitancy factors. The massive American COVID-19 Vaccine Poll is a partnership between the African American Research Collaborative (AARC), The Commonwealth Fund, The National Association of Latino Elected Officials (NALEO), and other national organizations. The Robert Wood Johnson Foundation supported an expansion of the poll in the Native American community and the W.K. Kellogg Foundation supported expansion in New Mexico through the UNM Center for Social Policy (CSP).

Student-created sitcom debuts with celebrity cast
Since 2017, the Sitcom Boot Camp hosted by The University of New Mexico Department of Film & Digital Arts has presented a performance of an episode created and written by students to a live audience. But when the pandemic put a stop to in-person classes and large gatherings, the group of writers and performers had to go virtual for the first time. This year, a group of students crafted the network-style comedy program called Two’s A Crowd, the tale of a young couple navigating their relationship through the early days of the 2020 COVID lockdown. The comedy was created and written by UNM students.

Students find important pandemic information lost in translation
When Damián Wilson, an associate professor in The University of New Mexico Department of Spanish and Portuguese, first saw Spanish-language highways signs at the start of the COVID pandemic shutdown, he was happy to see the state reaching out to its many Spanish-speaking residents. An estimated 29 percent of the state’s population over age 5 speaks Spanish at home, according to Census Bureau statistics. But soon after, Wilson and members of his sociolinguistics class, Spanish of the Southwest, found that there were differences in pandemic messaging from the state that potentially left Spanish speakers at a disadvantage. The class went to work to find a solution.

UNM students immerse in Meow Wolf internships
Meow Wolf bills itself as an arts and entertainment company that “creates immersive and interactive experiences that transport audiences of all ages into fantastic realms of story and exploration.” But mere words fall far short of the actual reality of the kaleidoscopic, mind-bending, down-the-rabbit-hole adventure of an actual visit to the wildly popular Santa Fe venue. This summer, five students from The University of New Mexico were part of the collaboration, bringing their skills and talents to the hugely popular and innovative experience.

Survey shows food-insecure students more likely to fail, leave school
A survey conducted by a team of researchers from The University of New Mexico finds that students who are food-insecure are more likely to fail or withdraw from classes or drop out of college entirely. The survey was done by lead author Heather Mechler, UNM Office of Institutional Analytics; Kathryn Coakley, UNM Department of Individual, Family, and Community Education; co-PI Marygold Walsh-Dilley, Department of Geography; and co-PI Sarita Cargas, Honors College.

Viral visitation: UNM autophagy researchers discover SARS-CoV-2 infection hijacks key cellular process
The intricate biological process known as autophagy plays a vital role in keeping our cells healthy and functioning by sweeping up and recycling bits of debris and invading micro-organisms. Until recently, much of what was known about autophagy was based on studies of yeast cells, work that in 2016 led to a Nobel Prize for Japanese researcher Yoshinori Ohsumi. Now, a team headed by Vojo Deretic, distinguished professor and director of The University of New Mexico’s Autophagy, Inflammation & Metabolism (AIM) Center of Biomedical Research Excellence, has mapped out key details of how autophagy functions in mammals – including humans.

Particulate peril: UNM researchers find wildfire smoke poses neurological hazards
Woodsmoke from massive wildfires burning in California shrouded much of the West last summer, making it harder for people suffering from respiratory illnesses to breathe. Those respiratory consequences can be dangerous – even life-threatening – but Matthew Campen, a professor in The University of New Mexico College of Pharmacy, sees another hazard hidden in the smoke.

Advancing care: UNM Department of Neurosurgery set to seek reinstatement of residency program
Meic Schmidt isn’t shy about his skills in the operating room or what he has been able to accomplish in a very short time as The University of New Mexico’s chair of Neurosurgery. And he shouldn’t be. In two years he has doubled the faculty of his department, forged new clinical partnerships and created sub-specialties that have increased case volumes and led to more patients having access to the cutting-edge care they need, right here in New Mexico.

Overcoming opioids: UNM researchers work to create combined vaccine against heroin and fentanyl
UNM scientists have received federal funding to create a combined vaccine against heroin and fentanyl, which may lead to a powerful new tool to fight addiction and potentially lessen the threat of a lethal overdose. The two-year $1 million grant was awarded under the National Institutes of Health Helping to End Addiction Long-Term (HEAL) Initiative, said researcher Kathryn Frietze, assistant professor in the Department of Molecular Genetics & Microbiology.

Targeting tau: UNM scientist Kiran Bhaskar seeks new Alzheimer’s treatment methods
For decades, Alzheimer’s disease researchers have sought ways to eliminate sticky plaques of a protein called amyloid beta that build up on neurons in the brain – but drugs that do just that have little effect on dementia symptoms. Kiran Bhaskar, an associate professor in The University of New Mexico Department of Molecular Genetics & Microbiology, has spent the past 20 years studying a different protein, called tau, which normally helps to stabilize neurons.

Fighting for life: Weeks-long ordeal after teens fall critically ill from COVID
For the past several weeks, Jason Baca has called The University of New Mexico Hospital home. Two of his teenage sons, his wife and his mother-in-law were diagnosed with COVID-19 in mid-August. His wife, Renee Baca, was released from the hospital after a two-week stay. His mother-in-law, Sandra Moya, was admitted and passed away. The Bacas’ two sons, Jason Lee Baca, 17, and Ayden Baca, 13, also spent time in UNMH’s pediatric intensive care unit.

Elevated research: UNM team joins U.S. Army scientists studying acute mountain sickness
A lone mule deer grazing in a meadow greets Jon Femling, associate professor in The University of New Mexico Department of Emergency Medicine and a member of UNM’s International Mountain Medicine Center, as he coaxes his Chevy Suburban up a steep, winding gravel road above the Taos Ski Valley to a pair of structures perched nearly 12,000 feet up the mountainside. Over the past few weeks, Femling and his colleagues (and the local wildlife) have been joined in New Mexico’s high country by the participants in unique research project testing a new method to predict who is likely to succumb to acute mountain sickness when rapidly ascending to high elevations.

Source of support: UNM’s Assertive Community Treatment team aids people living with chronic mental illness
On a recent Tuesday, Jaime Campbell, a peer specialist with the Assertive Community Treatment (ACT) team, sorted a variety of fresh vegetables into eight separate grocery bags. She was preparing them for delivery as part of the home visits she and her team make each day. ACT is a University of New Mexico Health System program that works with people living with chronic serious mental illness. It provides comprehensive services, including psychiatric care, nursing care, social work, psychotherapy, peer support and community resources support.

Crushing it: Kyle Stepp overcame a multitude of challenges from bone cancer to remain committed to an active and generous life
One warm October afternoon in the mountains of northern New Mexico, Kyle Stepp met his destiny. It was the last run of the day and Stepp was speeding down a mountain bike trail at the Angel Fire Resort when he lost control on a turn and slammed his reconstructed left leg into a tree.

Gut check: UNM researchers find microplastics in food and water alter the immune system
Scientists estimate that each week we swallow 5 grams of tiny plastic particles that have found their way into our food and water supplies – equivalent to the weight of a credit card. A team of University of New Mexico researchers is exploring whether the presence of these microplastics in the body affects the immune system and how they might trigger inflammatory bowel disease (IBD) and other ailments.

A measure of cleanliness: UNM Cancer Center scientist develops and validates method to test surfaces for virus particle
Doctor’s offices and hospitals meticulously clean the non-disposable medical equipment they repeatedly use. Equipment that cannot be heat-sterilized must be cleaned with powerful disinfectants. Michelle Ozbun, an international expert on viruses, wanted to know how effective those disinfectants really are.